Bored Ape Yacht Club founder Greg Solano, known as Garga online, tweeted to his followers that "something weird" was going on with the @OthersideMeta Twitter account and to not "trust anything coming from that account for the time being."

Something weird going on with the @OthersideMeta twitter account. Insane that I have to say this, but don't trust anything coming from that account for the time being.

Back in June fellow co-founder Wylie Aronow (known as Gordon Goner online) warned users of an imminent attack on the Yuga Labs family of Twitter accounts "using an inside source at Twitter to bypass our security."

"There are no surprise mints. Ever," Aranow tweeted.

Garga's tweet could be in reference to today's report that Yuga Labs was being investigated by the SEC for its digital asset sales, which may include the Otherdeed land sale for Otherside metaverse. Lawyers and critics of the sale have argued that the Otherdeeds, which generated more than $300 million for Yuga Labs, are securities.

Aranow and Solano recently updated their Twitter names to include their doxxed names in parentheses sometime between Oct. 2-4. 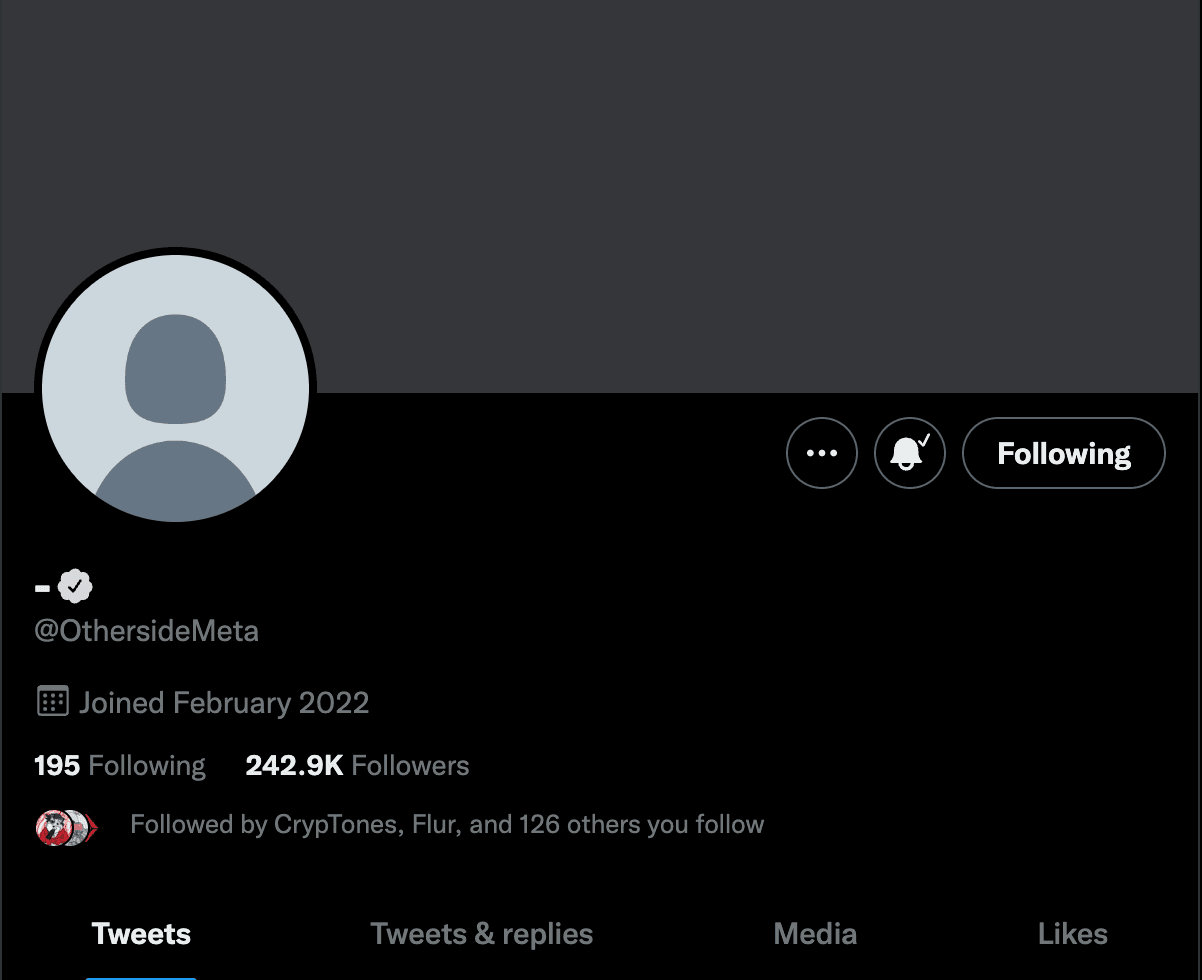