After a relatively quiet year of building for Yuga Labs in 2022, the ecosystem has come to life over the last month — with the highly-anticipated 'Trial of Jimmy the Monkey' kicking off the next expansion of the project.

With the recent announcement of an upcoming gamified mint experience called "Dookey Dash" beginning on Jan. 18, all eyes are on Yuga Labs as the leaders of the NFT space look to continue their expansion of the Bored Ape Yacht Club and related collections.

Here is a rundown of everything you need to know about the upcoming game and mint:

Yuga Labs released a trailer for 'The Trial of Jimmy the Monkey' in late December, which set the stage for the upcoming storyline roll-out:

What Is a Sewer Pass?

A Sewer Pass is an NFT that acts as a ticket to play Dookey Dash. Sewer Passes can only be claimed by BAYC and MAYC holders —  but can be bought and sold like any other NFT.

Every Sewer Pass will fall into one of four tiers depending on the claimer's holdings, which impacts bonus percentages in-game. 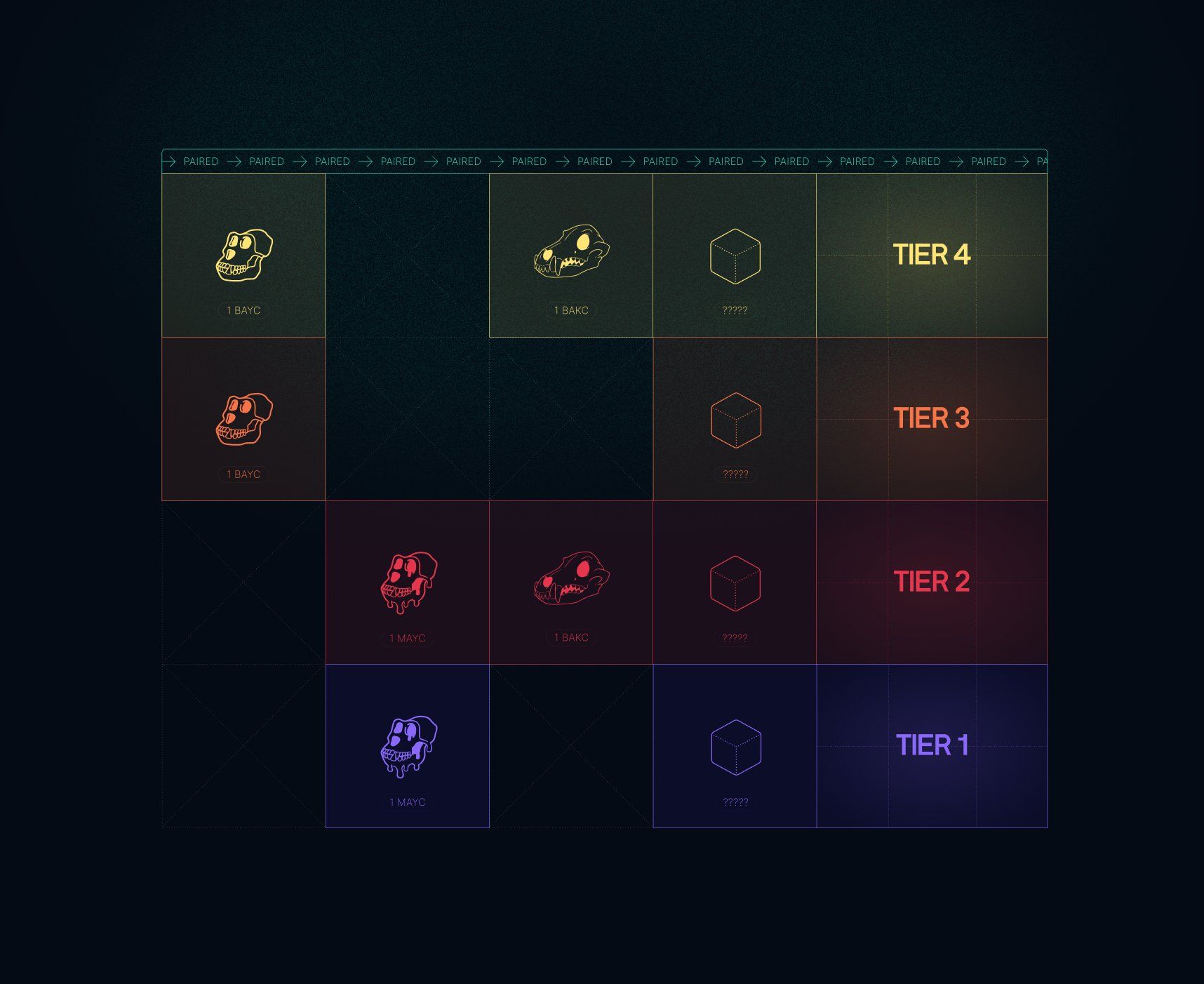 What Is Dookey Dash?

Dookey Dash is a skill-based mint game that is playable like an endless runner. Players must get in the sewer to dodge and break through obstacles as they pick up items called fragments.

Anyone with a Sewer Pass can play Dookey Dash at https://mdvmm.xyz from Jan. 18 to Feb. 8.

The game will be in-browser, with the following platforms supported: Chrome, Firefox, Edge, Safari.

Sewer Pass holders have unlimited runs while the experience is live.

An additional gameplay FAQ will be released on Jan. 17.

On Feb. 15, eligible Sewer Passes can participate in a summoning ritual that will bring an "incredible power source from another dimension" into the ecosystem.

The player's best score from Dookey Dash will determine what the ritual reveals (see chart below for additional details).

Scores are associated with the Sewer Pass and the specific wallet that achieved it — meaning passes that are moved/sold will not carry previous scores attained by a different owner.

What Happens After I Play Dookey Dash?

After playing Dookey Dash, players must hold onto their Sewer Pass until Feb. 15, 2023. Eligible Sewer Passes with a score greater than 0 will transform into "something new".

The new power source's name has yet to be revealed, but will "prepare for the battles to come" and "evolve throughout 2023".

How Is $APE Integrated With Dookey Dash?

Players will have the option to purchase a "Power-Up Pack" for 2 $APE, which contains three boosters that last for 10 minutes in-game. These boosts are optional, and not a requirement to participate. More info on boosters is expected at the game launch.

When Can I Claim a Sewer Pass?

I Don't Have a Bored Ape? Can I Play Dookey Dash?

Non-BAYC or MAYC holders can play if they get/buy a Sewer Pass from a holder.

Is it Safe to Play Dookey Dash?

Warm wallet functionality has been added through Warm.xyz and Delegate.Cash for the upcoming activations. Players can head over to the platform of their preference to set up their warm wallets and avoid connecting vaults or cold wallets.

When Are the Scores Final?

This guide will be updated as more information is released.