The flagship NFT project from Gary Vaynerchuk, VeeFriends is a collection of 10,255 unique, randomly generated NFTs on the Ethereum blockchain.

Each NFT has a specific message and meaning hand drawn by Gary and holds certain levels of utility and access to Gary V and his eventual projects and events.

The first major perk for VeeFriends token holders is access to “VeeCon”, a multi-day event exclusively for VeeFriends holders.  The conference will be focused around business, marketing, ideas, creativity, entrepreneurship, innovation, competition and of course, fun.

Gary's focus is to curate the best experience for his community, bringing enormous access and informational value to all the VeeFriends token holders in attendance. The first VeeCon will take place in Minneapolis, Minnesota in May of 2022.

Additionally, five of Gary’s original VeeFriends drawings will be auctioned at the world-renowned Christie’s auction house on October 1, 2021.

In January 2022, VeeFriends announced that VeeCon tickets will be NFTs, which will not be burned and can be retained as collectibles. Separate tickets will be issued to holders over the next three years. Gary Vee also announced VeeFriends Series 2, which are NFTs only redeemable by burning book tokens. More details here.

On Mar. 7, 2022, VeeFriends released details on its Series 2 release, including the claiming process for Series 1 holders and details about the 55,000-piece NFT collection.

On Mar. 18, 2022, VeeFriends announced a collaboration with DrifterShoots for Gift Goat NFT holders. Holders were airdropped "Where My Goats Go" (Gift #3). NFTy 50: Parallel, VeeFriends Volume Climb
In this piece, we'll introduce a new weekly article at Lucky Trader - NFTy 50. The NFTy 50, details news and notes from the NFT projects that are ranked 50-100 in volume traded on OpenSea each week.
Logan Hitchcock 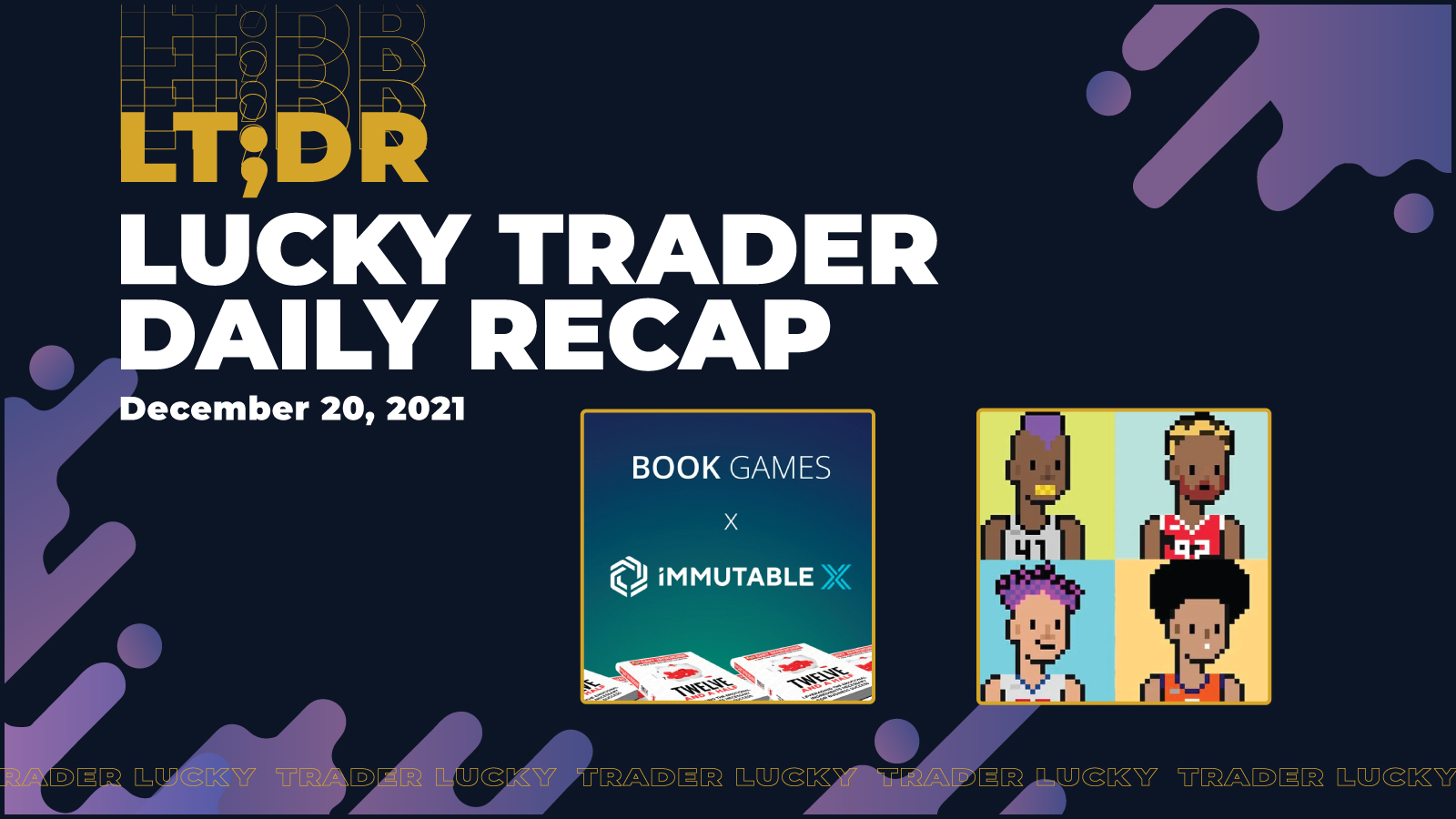 LT;DR Dec. 20 NFT Recap: Book Games x ImmutableX , Ballerz & Top Shot Tomorrow
Today in NFTs Dec 20: Ballerz were releases to the secondary market collectors today on Gaia. GaryVee announced Book Games today for holders that purchased 12 copies of his “Twelve and a Half” will be receiving one of 125,000 NFTs.
John Nannetti