The collage features 101 Bored Apes, all of which were sold in a Sotheby's auction lot last summer for $24.3M.

In this instance, Musk did not celebrate the profile picture change with a tweet, but the market still reacted. As word of the change started circulating the price of ApeCoin ($APE) quickly rose from $14.56 to $17.64.

Some notable market participants saw this sharp rise upwards as an opportunity to offload their APE, which has fallen from an all-time high of $26.70 prior to the recent Otherside Metaverse launch.

The tweet aligned almost perfectly with a large red candle on the ApeCoin chart, where the APE price decreased from $17.64 APE to $15.70. 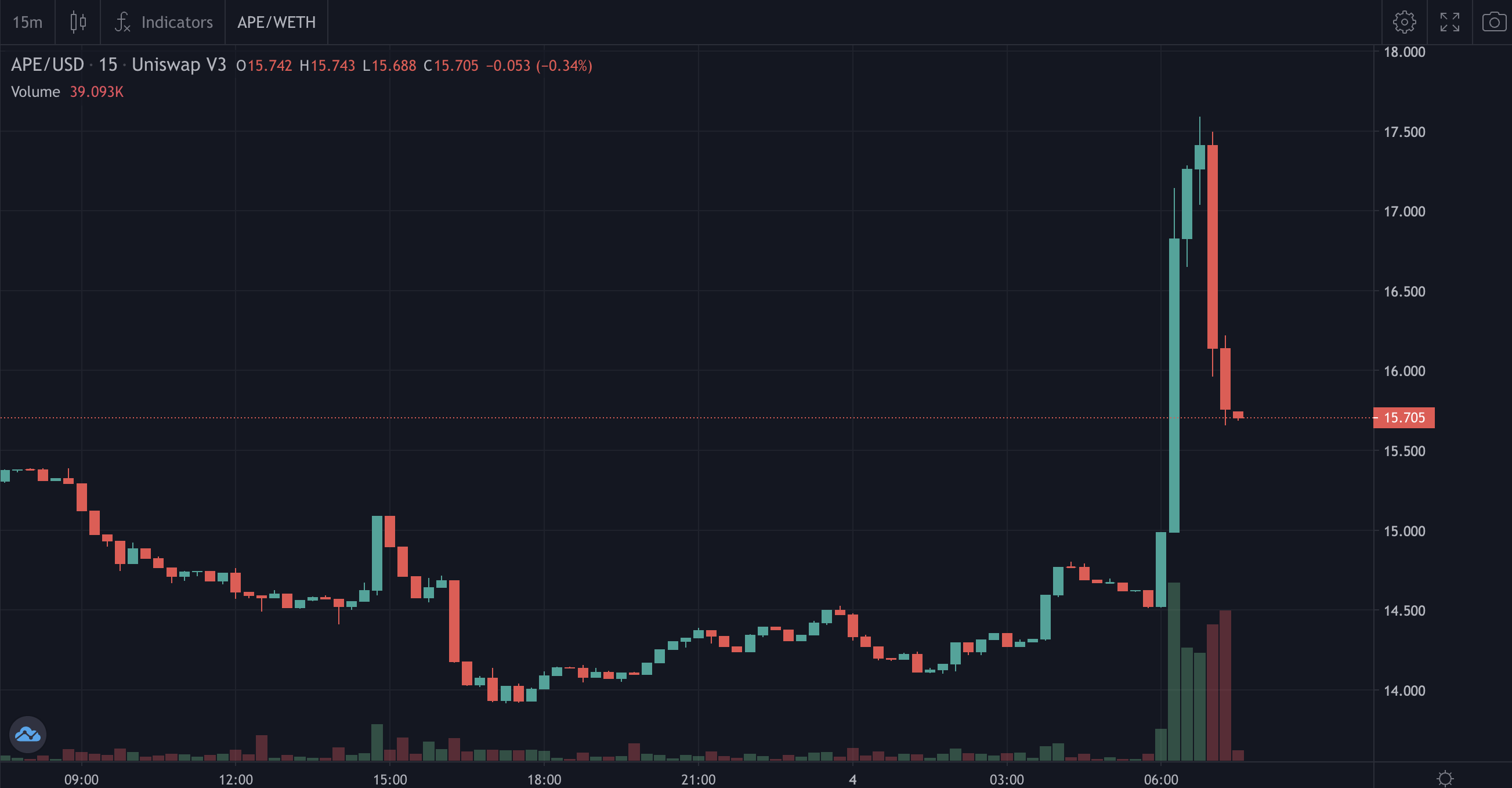 This is not the first time a market has been sent into a frenzy after an Elon Musk tweet.

In fact, the impact of his tweets is so notable that reports circulated last February that his tweets about Dogecoin were under investigation by the SEC.

Notorious for his disrespect of the SEC, Musk taunted a potential investigation by tweeting "I hope they do! It would be awesome."

I hope they do! It would be awesome 🤣🤣

The Musk and Bored Apes connection on Wednesday morning also affected the NFT market, creating a stir in sales starting around 6:00 a.m. ET.

Since the profile picture discovery, 38 Bored Apes have been sold on OpenSea. The current floor price is 120 ETH while APE sits at $15.83.