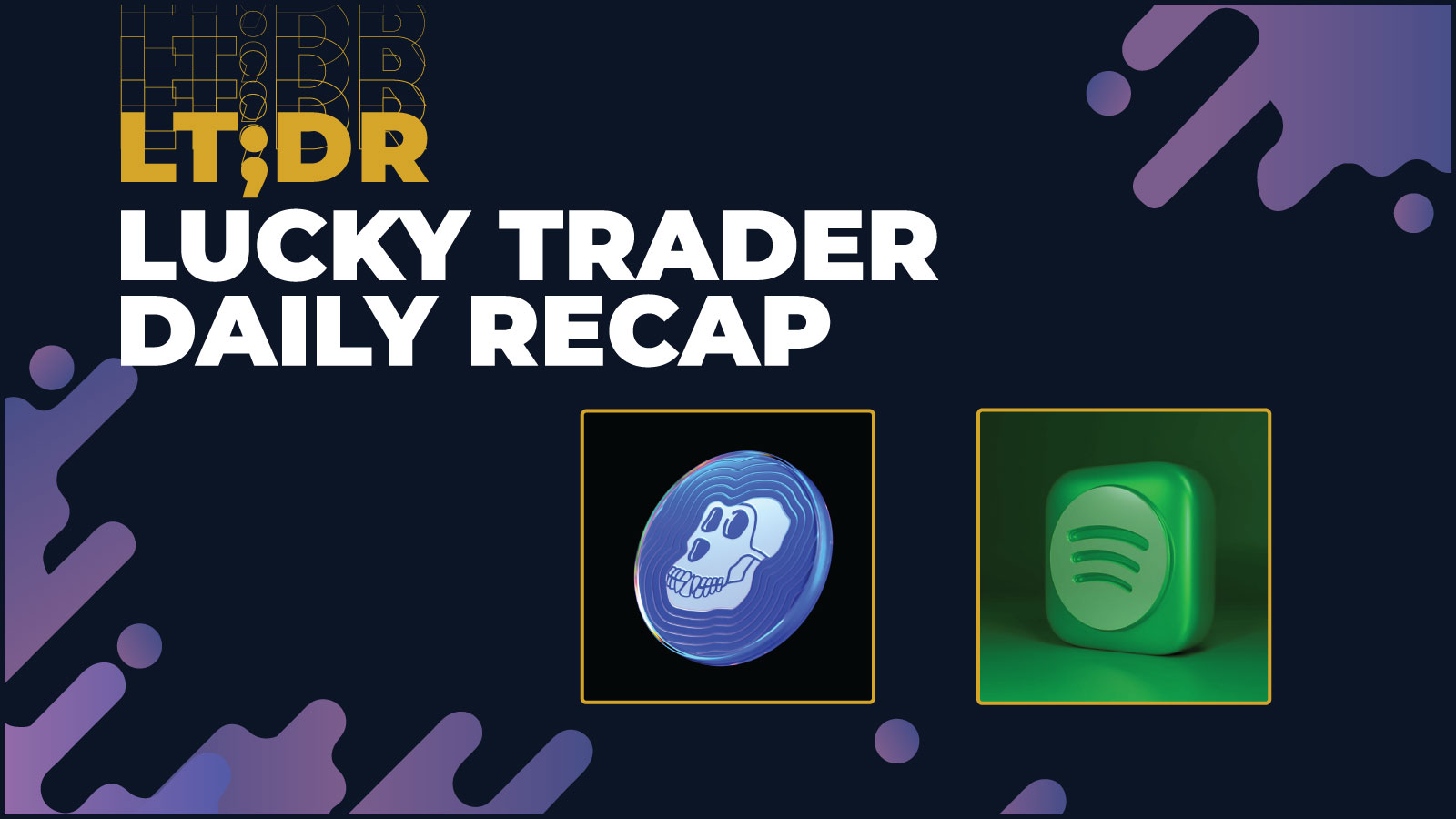 Yuga Labs released ApeCoin ($APE) this morning with the claim beginning at 9:00 a.m. Price volatility was crazy during the first hours of trading to noone's surprise.

Jumping for a few trades to $39 the correction came hastily with the price dropping back to $7.75 within 30 minutes of launch. Since this morning $APE has hung around the $6-8 price range with upwards of $2 billion traded already.

With Benji Bananas and upcoming metaverse Arcade already integrating ApeCoin into games, $APE has already established direct use cases. It will be interesting to see how Yuga Labs navigates the future implementations of ApeCoin which will be sure to follow with additional token sinks.

Spotify posted a job for a "Senior Manager, Innovation and Market Intelligence" who specializes in web3. Implying to be joining the list of tech giants entering the NFT space, the music platform is looking for an individual that can head its "Spotify Moonshots" initiative.

The listing mentions how this manager should have familiarity with emerging trends "especially as it relates to the content, creator, media, web3, and emerging technology industries."

As a music streaming platform, Spotify is taking notice of the growing amount of artists, musical or not, joining the NFT space. The growing trend could surely impact its future pertaining to its streaming business model, so it comes as no surprise they are looking to expand.

GameStop announced that it intends to launch its NFT marketplace this July. In its year-end 2021 report, GameStop mentioned its partnership with Immutable X to launch the marketplace, which is expected to be released by the end of July.

In addition to its help with releasing the NFT Marketplace, Immutable X is supplying GameStop with $150M in IMX tokens upon certain achievements. After reporting a loss in Q4, the stock continues to dip after the releases of this afternoon news.