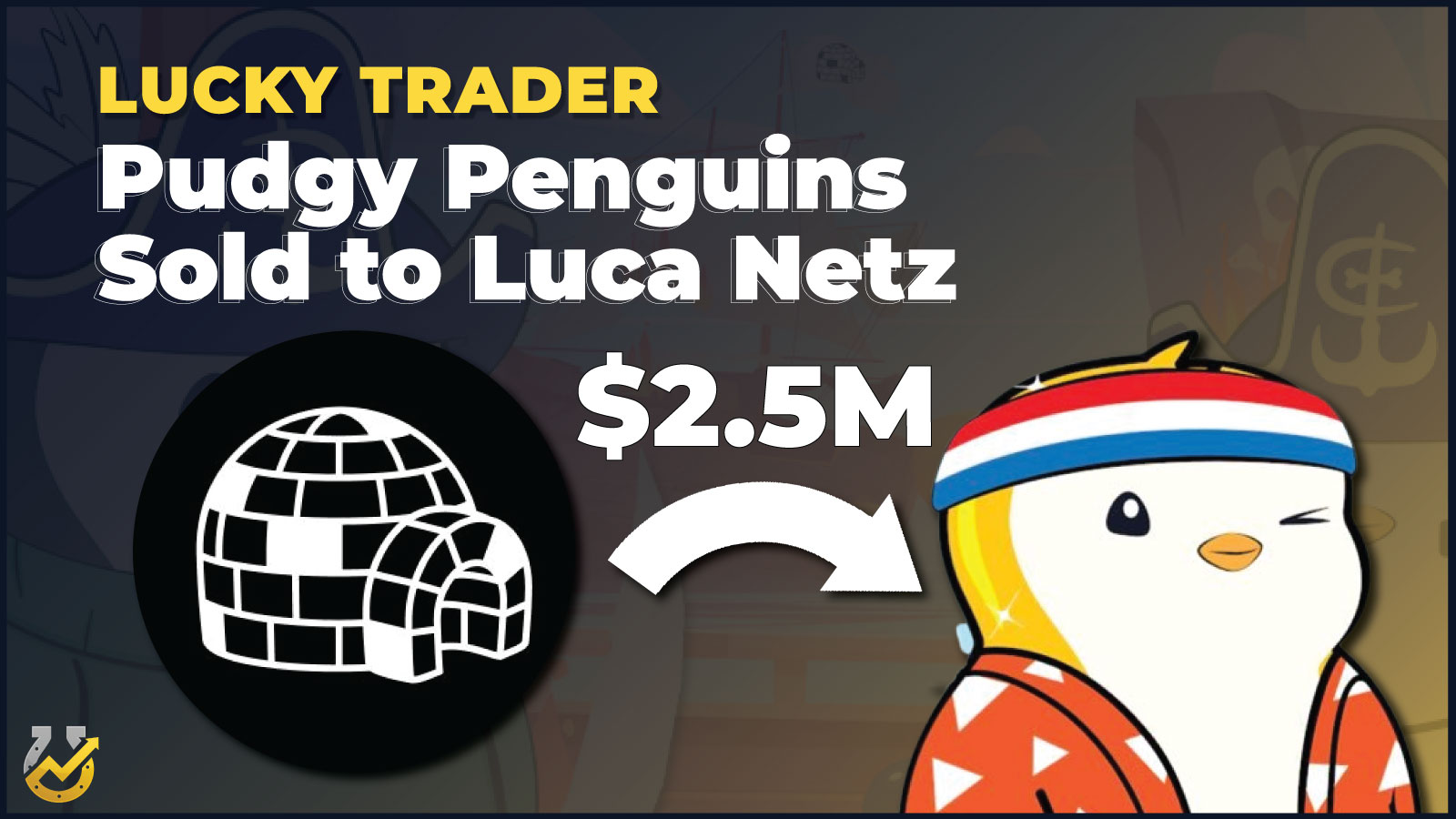 On Apr. 2 — the first time the official account for Pudgy Penguins tweeted in almost two months — the project said it was "ready to announce the worst kept secret in web3."

The blizzard has passed, and the snow is settling. The Huddle has shown its resilience. It's time to waddle to the promised land.

Penguins, our time is #NOW 🐧 pic.twitter.com/IqcG697ULW

That secret was the acquisition of the Pudgy Penguins, which has been announced a handful of times on social media and only now seems official. The day after the news broke, Cole (@ColeThereum on Twitter), one of the founding members of Pudgy Penguins, released a tweet stating that the much-maligned project was acquired by LA-based entrepreneur Luca Netz (@LucaNetz on Twitter).

Now that @pudgypenguins has been acquired by @LucaNetz I am officially no longer affiliated with Pudgy Penguins in any way. I am now just a community member and here for the journey.

I am super excited to see what @LucaNetz builds and to humbly be a part of The Huddle. 🐧 pic.twitter.com/vCl5hKeiLm

According to CoinDesk, Netz acquired the project for 750 ETH (about $2.5 million) — Netz also sent a tweet out back in January to Cole saying “750 ETH for the @Pudgy_Penguins by the NFT degenerates. Make your move @ColeThereum.” Cole goes on to say that he is no longer associated with the Pudgy Penguins in any way and is now just a community member.

Netz was not the first or only person to inquire about buying the project. Back in January, creator of The OpenDAO @9x9x9eth said they had reached out about buying a stake in the company. Pudgy Penguins responded with an offer of 4,000 ETH for 20 percent equity in the company, 9x9x9eth said, valuing the Pudgy Penguins at 20,000 ETH, and 9x9x9eth ultimately decided to pass.

Then around two months later the founders of Pudgy Penguins reached back out to 9x9x9eth and offered him 100 percent of the company for 888 ETH. 9x9x9eth ultimately decided to pass stating concerns with the treasury containing no money.

I m gonna talk about the recent rumours about me taking over pudgy penguins, I did not want to talk about it first, but with so many DMs, I felt responsible for keeping everything as transparent as possible. So people will not make any investment decisions based on rumours.

In April, the floor of the Pudgy Penguins has gone up over 100 percent, and since the news of the buyout was confirmed, the project has been trading at over a 3 ETH floor.it