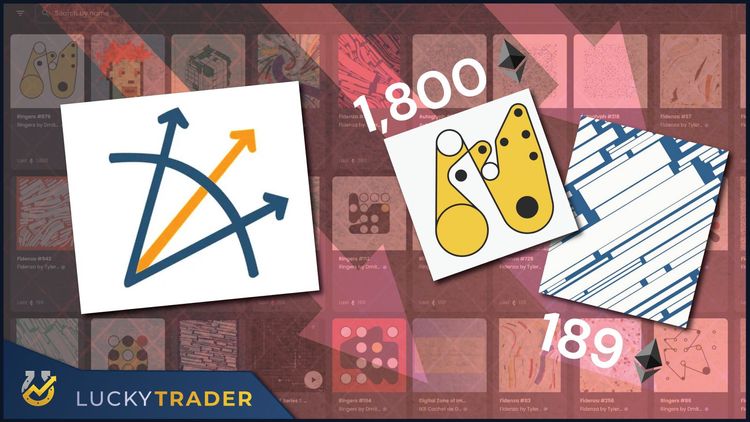 Thirty-one Fidenzas, 11 CryptoPunks (one Zombie), three Autoglyphs and a handful of other NFT grails are being targeted by creditors in bankruptcy proceedings for the now-defunct crypto hedge fund Three Arrows Capital (3AC), according to documents on file with the Southern District of New York U.S. Bankruptcy Court.

The NFTs are part of a multimillion-dollar portfolio curated by Starry Night Capital, an NFT fund owned by 3AC and operated by collector Vincent Van Dough. Creditors and investors in the fund have been asked to submit claims for the NFT fund and 3AC by July 15, according to Twitter user DrSoldmanGachs, who provided their creditor letter in a tweet thread July 13.

Yes liquidator will sell all 3AC assets, including the NFT portfolio held by @StarryNight_Cap, which is a share class of Three Arrows Capital Limited. @Vince_Van_Dough @zhusu haven’t explained why the NFTs were moved almost 1 month ago before the shit hit the fan though 🤨

Soldman also linked to what they believed was the main Starry Night Capital wallet. The wallet, which includes the aforementioned NFTs has a $9.1-to-$14.5 million value, according to different NFT valuation websites. Fidenzas owned by the wallet one creditor claims belongs to Starry Night Capital.

Soldman said there could be more wallets because 3AC or Vincent Van Dough “never transparently disclosed this to any fund investors.”

Attempts to contact Soldman and Vincent Van Dough for more information by direct message were unsuccessful.

The Starry Night Capital fund launched back in August, at the height of the NFT boom, and reportedly planned to raise $100 million to buy the “top pieces from the most desired sets.”

The @Vince_Van_Dough account, which popped up in July, was touting Starry Night Capital’s efforts a month later. Van Dough said the fund planned to launch an NFT education portal and launch a physical gallery space in a “major city.”

“We strive to good stewards of the space at large and use our influence to uplift and empower others,” tweeted Van Dough.

3AC founders Su Zhu and Kyle Davies have communicated little since their hedge fund defaulted on loans of 15,250 BTC and $350 million USDC with Voyager Digital, among other loans, and filed for bankruptcy earlier this month.

On July 12, a federal bankruptcy judge gave the 3AC liquidators, Russell Crumpler and Christopher Farmer of Teneo, approval to subpoena Zhu and Davies along with potential creditors. The liquidators have been unsuccessful in locating the 3AC founders and asked for an emergency hearing to grant them subpoena power.

Zhu, who is active on Twitter, has tweeted only once in the last month to say that his and Davies' efforts to "cooperate with the liquidators was met with baiting."

3AC was reported to have more than $10 billion in assets back in March, documents show. About a month ago, as BTC dropped 25 percent to around $30,000, 3AC confirmed it suffered heavy losses with the collapse of Luna and its stablecoin Terra (UST). UST is now Terra Classic (USTC) after embattled Terraform Labs CEO Do Kwon proposed creating a new blockchain and burning some of the original supply.

Soldman, who was an investor in Starry Night Capital, said they believe the liquidators will attempt to recoup investor losses through a public auction of the NFTs owned by the fund.