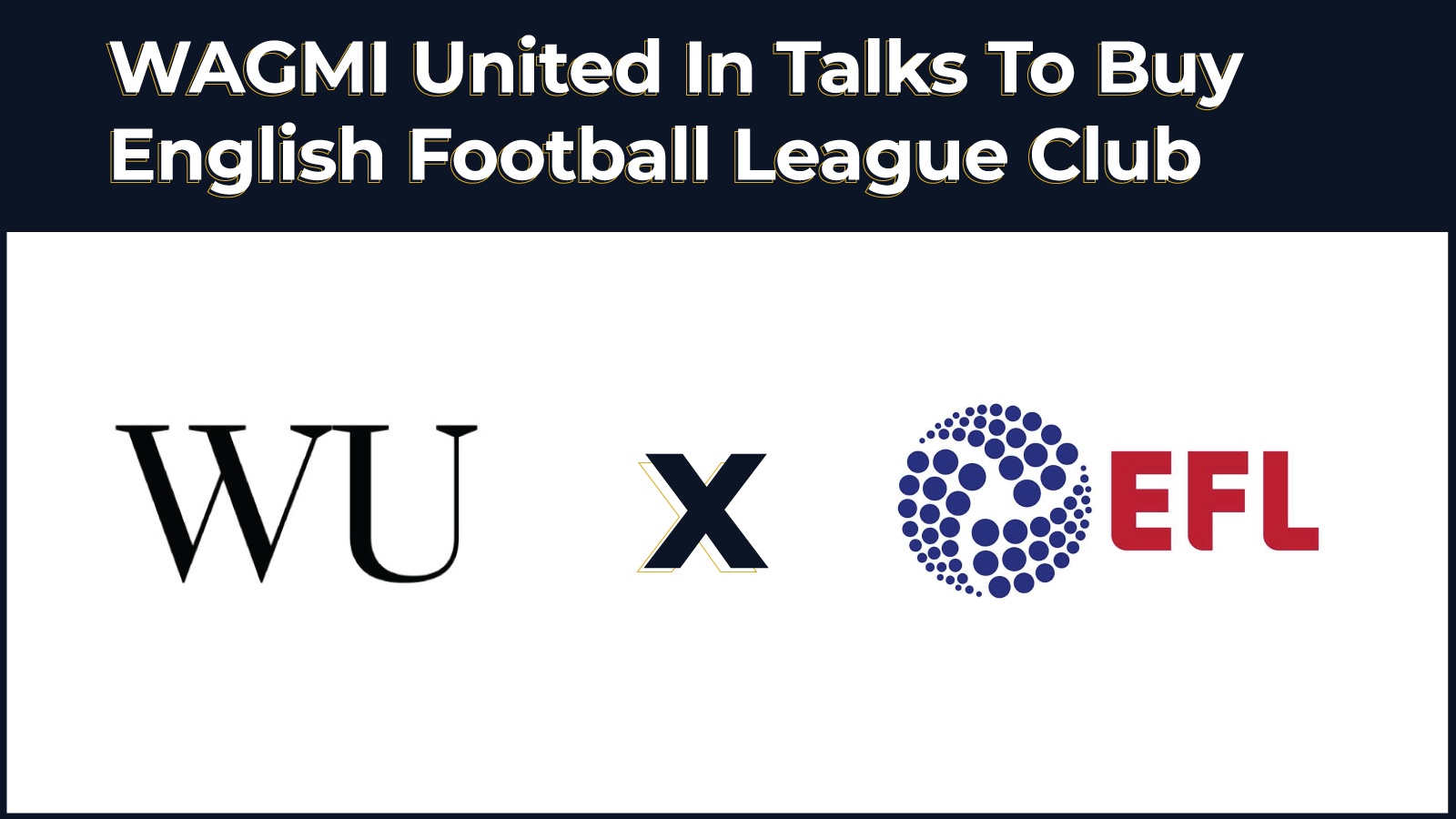 In what would be one of the first cryptocurrency backed professional sports team purchase, WAGMI United, a newly formed group of crypto and web3 investors and entrepreneurs, announced earlier today that they are in advanced talks to acquire an English Football League club.

WAGMI United was co-founded by former ESPN personality and Lucky Trader NFT Show host Preston Johnson and Digital Collectibles Agency founder, Eben Smith. Beyond Johnson and Smith, the group is made up of some of the biggest names from the sports, crypto, and web3 world including Pixel Vault founder Sean Gearin, Daryl Morey, and Gary Vaynerchuk.

The goal of WAGMI United? Bring the innovative ideas and technologies of web3 and cryptocurrencies to the world of sports. The inclusion of Gearin and Pixel Vault may help strategically position WAGMI United as the "ESPN" component of the "Decentralized Disney" that Gearin aims to build.

The first step towards achieving that goal comes via the attempted purchase of an English Football League club. Though the formal details of the deal are not yet announced, Johnson indicated that the club competes in the lower levels of the English Football League, referred to as League One or League Two. Pending deal completion, more formal details are expected to be released in the next 3-4 weeks.

The potential Premier League promotion aside, perhaps more exciting are the plans WAGMI United has to bring innovation to sports ownership and team management, leveraging the community building power of NFTs and web3.

From WAGMI United's official press release, "This unprecedented digital-first, community-powered approach will allow WAGMI United to increase the club’s budget far beyond levels typically seen by an EFL side of this size — providing valuable new fundings streams that will be used to improve the on-field product through investments in players and coaches, build a world-class analytics department to guide personnel and tactical decision making, and upgrade the matchday experience for both local supporters coming to the stadium and international fans watching across the globe."

It is expected that Johnson and Smith will serve as directors of the club, while Gearin aids in operations, and Vaynerchuk and Morey serve as advisors. The group plans to work with the club's existing leadership to help steer strategy on and off the field.

The potential deal has created a lot of energy and excitement about the potential real world implications that community building via NFTs may provide.