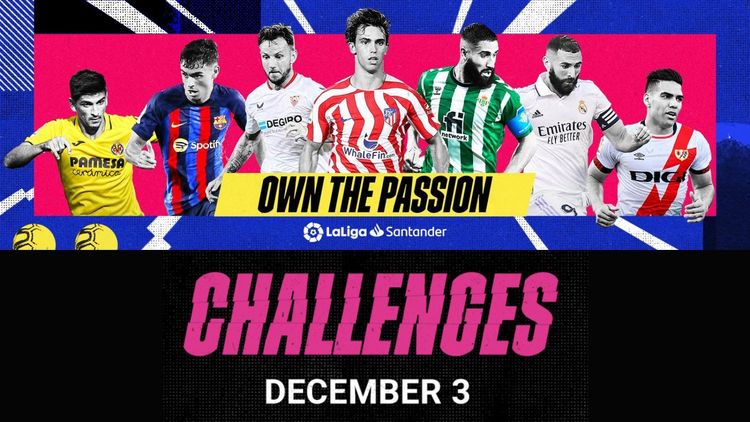 After announcing the official launch of its upcoming digital collectibles marketplace, LaLiga Golazos made public the date of its first-ever challenge, the World Challenge, which will take place on Saturday, Dec. 3.

"The first World Challenge is coming on Dec. 3," the tweet announcement reads. "Rules and rewards will be published soon."

This upcoming challenge is based on the teams that advance in the FIFA World Cup Qatar 2022 and the nationalities of those players.

"Upcoming challenges will be based on nationalities of players in LaLiga Golazos," the Twitter thread continues. "You will need to collect Moments from players whose national team advances in the World Cup. All challenges are connected and you’ll be playing alongside the World Cup."

Collectors with the most Moments will have the best chances of advancing round-to-round in the World Challenge.

The marketplace is not yet live, but Moments can be acquired on Nov. 28, when it does officially open.