The Alien Boy (TAB) is a collection of 10,000 alien NFTs that “grant access to member-only benefits” that was released towards the beginning of the avatar NFT craze of the Summer of 2021.

Collectors gain full ownership rights of their Alien Boy as long as they retain ownership of the corresponding NFT.  This means that holders are able to create and sell their own merchandise without paying royalties.

Before its main drop, The Alien Boy opened a presale on June 11, 2021 limited to 500 mints. Collectors who purchased an NFT during the presale phase were also eligible to participate in an airdrop of 10 Alien Boy NFTs. The primary sale took place on June 13, 2021 and sold out a couple days later. The reveal took place on June 19, 2021.

On June 20, 2021, a liquidity pool was added at NFT20.io, making it possible to swap Alien Boy NFTs for others, or to stake the corresponding TABOY20 token in order to farm $MUSE, the native token of NFT20.

One feature Alien Boy uses to distinguish itself from other avatar projects released around the same time is its naming mechanism. Through The Alien Boy’s site, holders are able to name their NFT. If that NFT is then sold or traded, the name will reset back to default.

Another thing that sets The Alien Boy apart is its “Games” page. The Alien Boy currently offers its Alien Boy Aesthetics League where two Alien Boys are presented to the user, who is asked to select which one is more appealing. That data is then used to rank Alien Boys on an aesthetics leaderboard .

On August 4, 2021, Georgie Boy from the TAB team confirmed the team is working on collections of 5,000 Alien Girls and 5,000 UFOs that will be available to mint by holders. The announcement adds, “In the future, the different matches (1 boy + 1 girl + 1 UFO for example) will unlock different benefits. 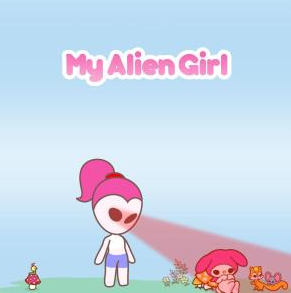