A Beginner's Guide to DeFi 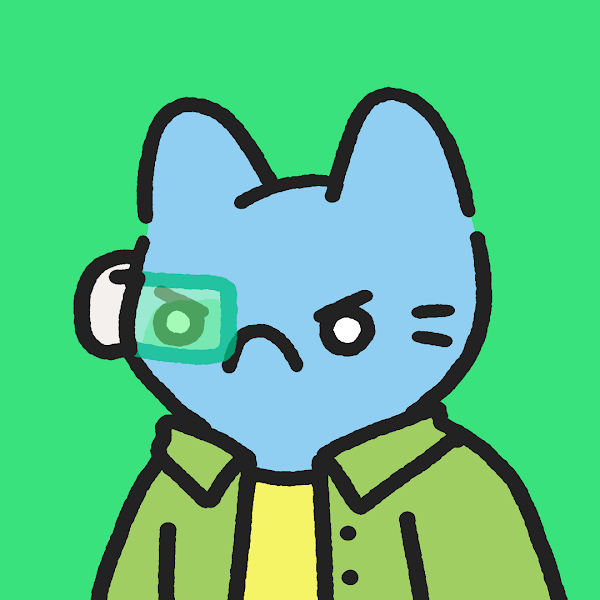 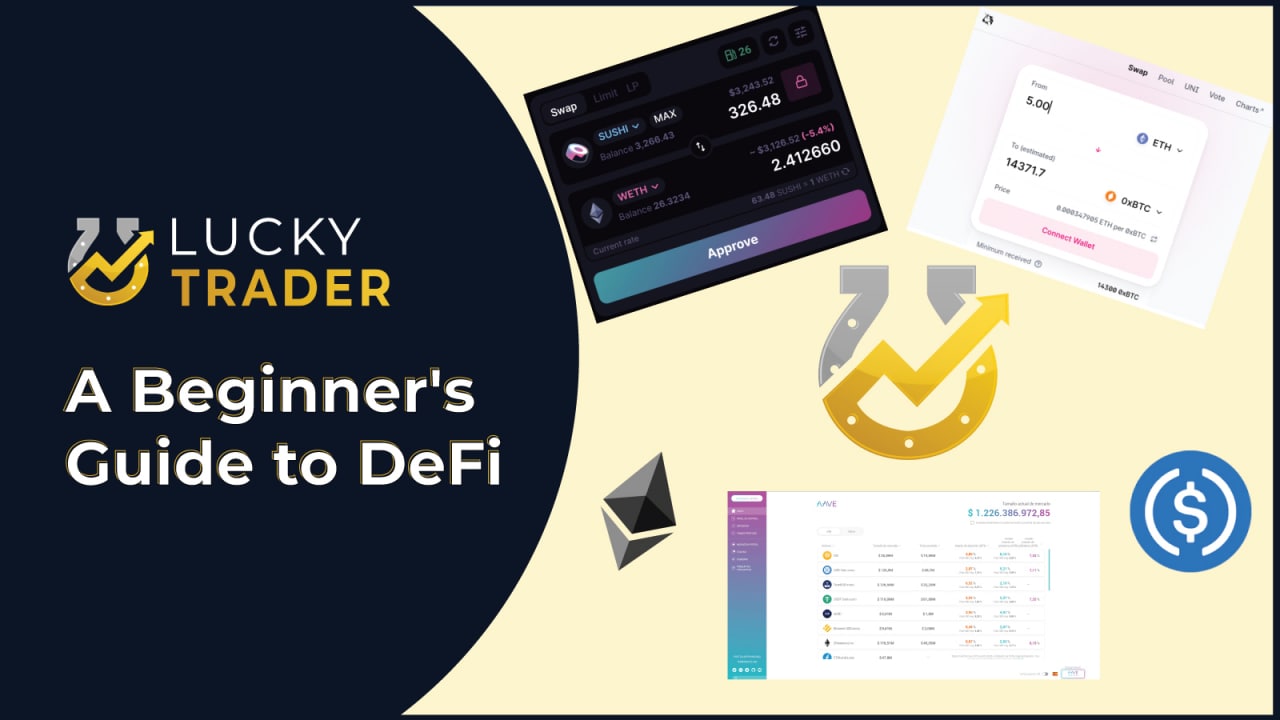 Depending on where you are in the world, it can take up to 6-8 weeks to apply and get approved for a mortgage. Applying for a personal loan? Same story.

But imagine if it only took a few minutes to do so and no human biases stood in your way. This is the promise of decentralized finance.

Although these services are not yet widely used, participating in decentralized finance is becoming more popular and accessible.

Below, we’ll explain the goals of decentralized finance and give examples of how you can actively participate.

What is Decentralized Finance (DeFi)?

Decentralized Finance, better known as DeFi, is the name given to the protocols and systems attempting to create an alternative financial system.

The goal of DeFi is to create a financial system that is open to everyone and doesn’t require the trust of centralized parties, like banks or governments.

How does DeFi work?

DeFi is enabled through blockchain technology and smart contracts.

Smart contracts are applications that are stored on the blockchain and execute depending on the functions that are defined in code.

For example, using smart contracts, users can switch ETH for other cryptocurrencies, like USDC, without an intermediary. The actions taking place execute without the need of a third party, based on if/then statements in the code. This type of trading or swapping tokens without an intermediary is common to automated market makers, which are a foundation of DeFi that we’ll discuss later.

Firstly, smart contracts are immutable, meaning that once they are deployed, the code cannot be changed. This means that the author cannot go in and change the code and how it operates.

Using the same token swapping example referenced earlier, the immutability of the contract guarantees that the swap cannot be reverted or modified by the contract author.

Given this level of transparency and openness, anyone can view, audit, and participate with the protocol, smart contract, and blockchain.

This massively expands the potential reach of DeFi. As long as an individual has an internet connection, they can gain access to DeFi services no matter where they are in the world.

How To Get Started in DeFi?

There are many ways to participate in decentralized finance, some easier than others. Below we’ll walk through some of the most popular ways to engage with DeFi.

Decentralized exchanges allow users to instantly buy or sell cryptocurrencies without an intermediary. An algorithm dictates the price of each coin based on the ratio of assets in liquidity pools and allows users to “swap” from one currency to another. These algorithms are called automated market makers and make decentralized exchanges possible. On the Ethereum blockchain, the most popular automated market makers are Uniswap and Sushiswap.

For example, if a user supplied ETH and USDC to a liquidity pool on Uniswap, they'd stand to earn a prorated percentage of trading fees for helping enable the trading of the tokens. 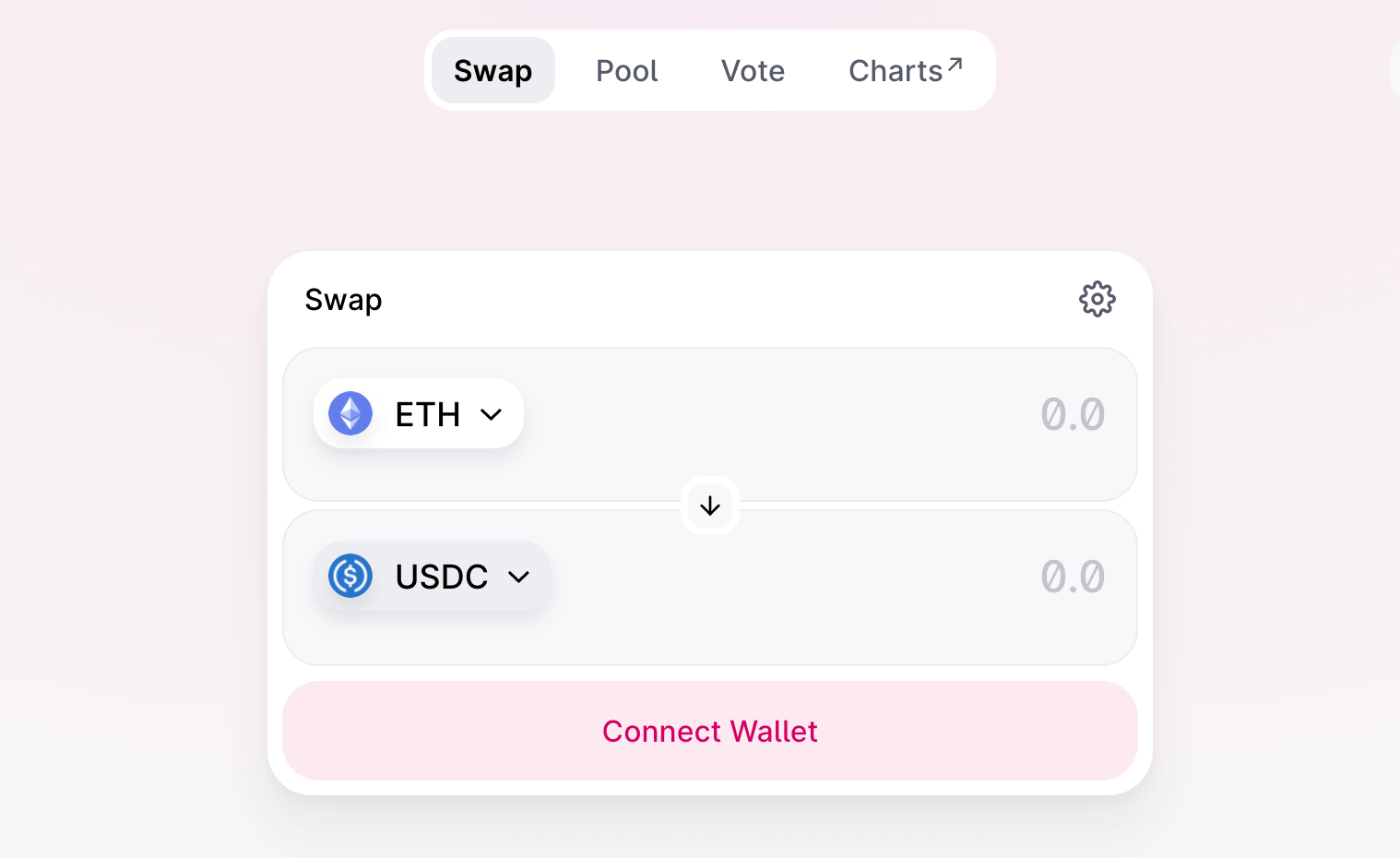 Most cryptocurrencies such as Ethereum and Bitcoin are volatile, making it hard to conduct normal financial transactions with wild price fluctuations.

This allows users to perform decentralized cryptocurrency transactions while making sure that the values they are exchanging are not as volatile.

Some of the most popular stablecoins used in DeFi are USDC, USDT, and DAI.

These stablecoins can often be staked for a sizable percentage yield, when compared to rates in traditional markets.

Participating in Lending and Borrowing

Similar to traditional banks, users can lend cryptocurrencies to protocols in return for a certain interest rate. Two of the leading protocols for lending and borrowing are called Compound and Aave.

This works well for users that ETH sitting in a crypto wallet and want to earn interest. They can lend their ETH to other participants using Aave or Compound and get a yield in return. These yield percentages may change depending upon the cryptocurrency that is being lended.

On the other hand, users can also borrow cryptocurrencies.

Protocols such as Aave and Compound allow users to deposit cryptocurrency as collateral and in return, borrow a certain amount (less than what is deposited) and use that instead - so long as it is paid back later.

For example, let’s say a user needs money for expenses. If they are unwilling to sell their cryptocurrency, they could provide a certain amount of collateral on Compound and borrow the funds required for their expenses.

Later, they can pay back the funds they had borrowed, never needing to sell their initial collateral asset.

A newer DeFi protocol, Alchemix, pushes this innovation even further and allows users to get a loan that repays themselves over time.

For example, currently there is an annual percentage yield (APY) of 6.59% on Alchemix. If a user wanted to borrow money, they would be able to deposit a certain amount of collateral on Alchemix, and receive back alUSD, Alchemix’s token. Normally, they would be required to repay the amount borrowed over time, but Alchemix’s smart contract will take the daily yield of 6.59% and apply it directly to the loan automatically.

What Are the Risks of DeFi?

Outside of the volatility of most cryptocurrencies, there are also risks associated with using nascent technology like DeFi.

While it’s beneficial that smart contracts are immutable, it also introduces the inherent risk of software - bugs.

If smart contracts aren’t tested and audited carefully, the code could be exploited by hackers and taken advantage. Or it may be the case that a previously unthought of use case is not thoroughly tested, leading to an improper execution of the contract.

Recently, DeFi protocol Popsicle Finance lost $25M when a hacker was able to exploit a bug in their code.

As a result of previous hacks, most protocols obtain rigorous security audits to make sure there are no flaws in their software.

Although the functionality of the code can’t change, it’s possible that the team decides to change variables to their protocol. A lot of newer protocols initially attract users with a high interest rate and then reduce it significantly once they gain traction.

A common protocol change that happens is the increase or decrease of APYs when lending or borrowing particular coins. If a protocol has too much of a certain coin (ex: USDC) and they would prefer more supply of DAI, instead, the protocol can increase the APY for lending DAI and decrease the APY for USDC.

If users are not attuned to these changes, they could significantly impact their experiences.

Impermanent loss happens when the price of deposited assets changes compared to when they were deposited in a liquidity pool.

For example, if a user provides a certain amount of USDC and ETH liquidity on Uniswap, the price of ETH may change significantly after deposit, while the price of USDC (a stablecoin pegged to the fiat currency, USD) does not change. Because most automated market makers require an equivalent deposit of the two assets provided, the larger the ratio gets out of whack, the greater the potential impermanent loss.

Since DeFi and crypto in general has become more “mainstream,” regulators have increased awareness as well.

As a result, this has created regulatory risks, particularly for users in the United States.

The U.S. Securities and Exchange Commission (SEC) and Chairman Gary Gensler have not committed outright to the type of regulation that will befall DeFi, but Gensler did note that “crypto trading platforms are more likely to succeed if they submit to regulation under existing tax compliance, money laundering, and insider trading laws,” potentially hinting at regulation in the near future.