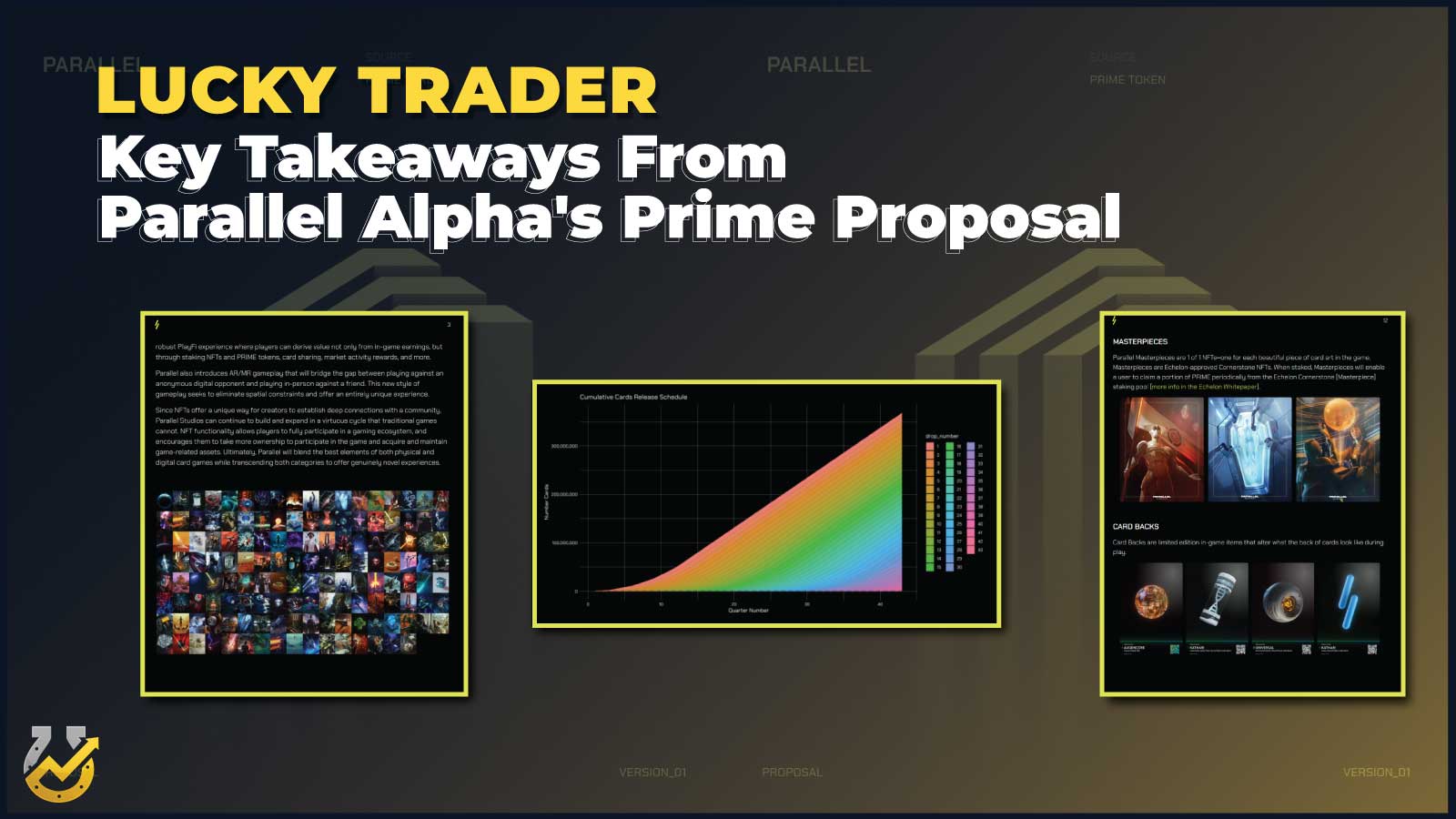 On January 25, Parallel Alpha - a science fiction trading card game (TCG) being built on the blockchain - finally dropped their long-awaited Prime Proposal and an accompanying Echelon Paper to detail Parallel Studio's goals and vision for the long term future of the NFT based card game. At 42-pages long, the document covers a wide range of topics and contained key insights into how the future of Parallel Alpha will be played and governed. Below is a quick recap of some of the most important mentions and gameplay mechanics released in this document. Further analysis similar to this summary will can be found here for the Echelon Paper, that contains most of the token economics surrounding the community.

1. Parallel Is Just the Beginning of the Prime Foundation Ecosystem

The Prime Proposal states clearly, that it is meant to be a "living document" which directly looks at Parallel Trading Card Game as the first game in a suite of games and web3 tools that will make up the Prime Foundation Ecosystem. Essentially Parallel Studios intends to flesh out their team and community beyond just Parallel in the future, with their token $PRIME being the centerpiece for the ecosystem's economics.

The Echelon Whitepaper breaks down specifics on the $PRIME Token and its distribution which you can read here, but for now let's dive in to what the Prime Proposal states about Parallel's plan for the Trading Card Game.

The Proposal starts on the topic of Digital Assets, which in large part will dominate the ecosystem, but Parallel intends for users to derive value from various sources. Parallel aims to create a popular "PlayFi experience where players can not only earn from in-game winnings, but through staking NFTs and $PRIME tokens, card sharing, market activity rewards, and more." With this goal in mind the team addresses the issue of card balancing. With access to certain rare cards currently gated by price barriers, Parallel has proposed three ways to ensure an equal playing field while maintaining scarcity of the original First Edition (FE), Special Edition (SE), and Perfect Loops (PL) cards. The following mechanisms were proposed by Parallel:

Card Continuum (CC): A Parallel initiated run of cards that would increase the supply of a given card set depending on demand and player base size according to the chart below. If enacted by the community via governance vote, Card Continuum cards will feature a mark denoting which CC version they belong to. A CC version may also have slightly different art, card frame, and other identifying features in order to distinguish it from the First Edition version of the playable card.

Lineage System: The second proposed idea is a card progression and spawning system which would allow players to level up their cards through winning games and spending $PRIME to make copies to be sold on secondary markets. This would naturally increase supply without Parallel's influence allowing the community to organically determine scarcity. Each time a card is used to spawn a new copy, a cooldown would start that can only be advanced with additional wins. System designers will not have to predict player base growth in this method and cards within the linage system would be denoted "spawned" much like CC, differentiating them from current FE, SE an PL cards.

Apparitions: A smaller third proposal allows for physical cards which could be used in a similar manner to a starting deck like in Magic the Gathering Arena or Hearthstone. These packs would be sold at a fraction of the price and could help onboard new players and help existing players round out decks for in-game use.

3. Keys, Collectibles and Other Digital Assets

After addressing the supply concerns and scalability of Parallel Trading Card Game, the Prime Foundation offers some clarity on the other types of NFT cards they have released and the uses cases. Between card backs, masterpieces, and keys - the game has multiple digital assets that now have proposed mechanics. The following describe each assets specific utility within the $PRIME ecosystem.

After reviewing most of the utility, many are tied to the in-game currency $PRIME and earning more of it through different play styles and avenues. This is a positive sign for any who wants to interact with the Parallel Trading Card Game on deeper than surface-level gameplay mechanics.

With $PRIME having a fixed supply of 111,111,111.111 the question then becomes what utilizations and value proposition does the token supply. With various initial propositions, the list below details the ideals that the Parallel Team wants to implement for the 30% of initial $PRIME supply designated for gaming utility.

One other thing to note is as other games begin to launch on the Echelon ecosystem, they will bring with them their own set of Game Sinks. With a wide array of specific card utility and game sinks proposed, the Parallel team shifts their focus to deeper gameplay mechanics in the back half of this document, leaving details to token distribution to the Echelon Foundation Whitepaper.

This section takes up a decent portion on the second half of the document that details specifics regarding game modes, card leveling, and other products within the ecosystem that will facilitate these actions. If interested, pages 17 - 21 contain most of the details regarding rewards and other gameplay mechanics, but the following is a quick list of the main points regarding each feature within the suite. 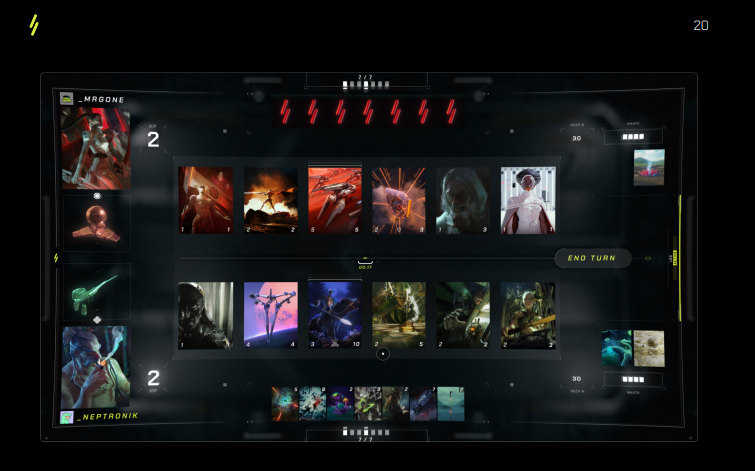 The Prime Proposal sheds light on a whole host of topics that the community has been speculating on since the first pack drop. With the gameplay in development and most of the systems outlined here, the Echelon Ecosystem has a clear goal for the future of Parallel and the wider landscape surrounding the $PRIME economy. The effort to build a large-scale, popular trading card game has a clear roadmap now, and the execution will be highly anticipated in the coming months as PDIII is the final drop before alpha release. Refer to our breakdown on the Echelon Whitepaper and the deeper $PRIME token economics and distribution as the community begins to grasp the totality of everything the Prime Proposal had to offer.