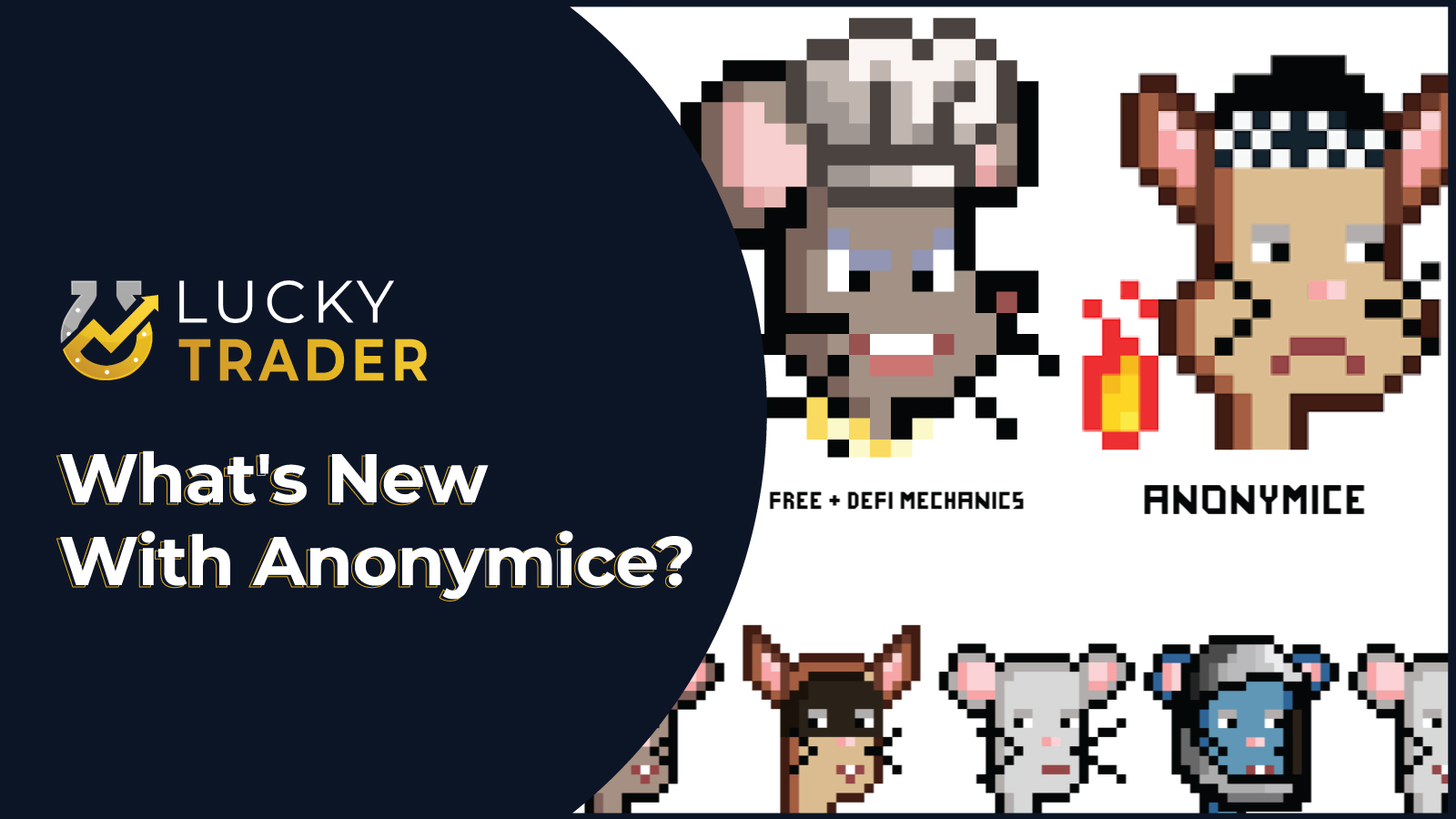 Anonymice is a fully on-chain, generative NFT that was launched in September of 2021. Initially 2,000 Anonymice NFTs were free to mint to the public. To mint the additional 8,000 Anonymice, holders were required to stake their minted Mice NFTs to earn $CHEETH, the Anonymice utility token, at a rate of 1 $CHEETH per day.

With the $CHEETH earned, holders could then mint additional Anonymice. Holders also had the ability to burn their Mice to essentially “re-roll” for rarer traits. However, every Anonymice NFT that was burned in this process was gone for good, leading to a final circulating supply of only 3,550 Anonymice.

Not long after all 10,000 Anonymice were minted or burned, the team implemented a fully on-chain breeding mechanism to produce Baby Mice. In order to breed, a holder must have had two Anonymice in their wallet. These mice were then time-locked in a breeding contract and the holder paid 50 $CHEETH to initiate the breeding mechanism. Additional $CHEETH could be spent to unlock the “Parents” from the Breeding contract and speed up the breeding process, revealing the Baby Mice sooner.

An easy to read fact sheet covering the Anonymice project so far can be found below, created by Twitter User and Anonymice Holder @WhyteHot. 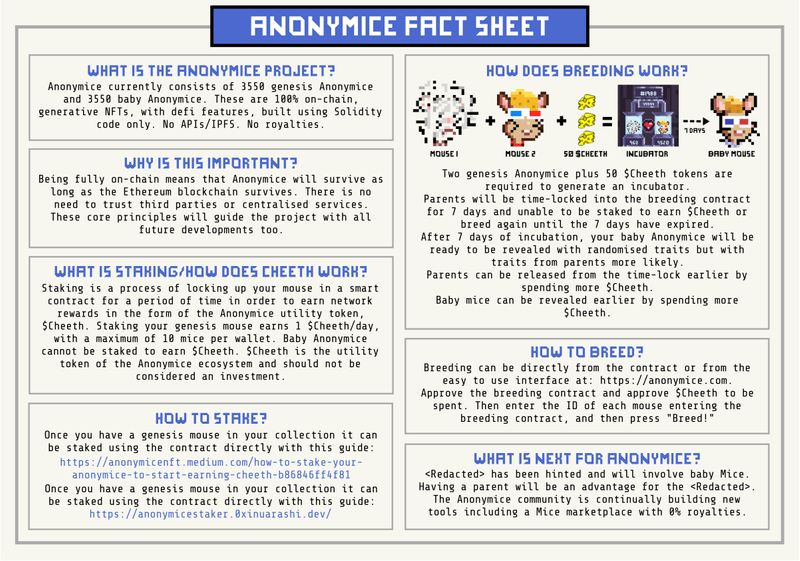 Recent Announcements from the Anonymice Team (via Discord):

1. Expansion of the Leadership Team.

The team did not anticipate the level of growth of the project at launch and a lack of key management has resulted in growing pains. To better serve the community, more ongoing management and leadership is needed. Additional details will be released over the course of the next few weeks, with more formal leadership roles going to key community members who have been helping since day one.

Additionally, the team is making other changes to community structure including:

Council: The recently announced Council is in its final stages and will be presented shortly. Its sole purpose is to serve the best interests of the Anonymice community and to guide the transition into a DAO.

Moderation: The Anonymice has already brought on a few additional moderators, particularly those who have been very active in the community. The team is still looking to fill the Super Mouse Mod role, whose will ensure fairness and consistency in moderation decisions.

Community Announcements: A discord channel is being created specifically for Baby Mice and Anonymice NFT holders.

Anonymice DAO (MouseDAO): The Anonymice team is working on a vision that expands way beyond the status quo, including the formation of a DAO - MouseDAO (more below).

The needs of the community, project scope, and scale outpaced what the Anonymice team initially planned. In order to assist with funding to support the project’s future, a 5% royalty has been added to both Anonymice and Baby Mice on the secondary market. This additional funding will not just support technical aspects of Anonymice, but the team is in the process of hiring full-time employees, mainly a community lead/manager and a “Chief Operating Officer” to assist in executing the vision of the Anonymice Team.

How will $CHEETH v2 work?

While the details behind the next phase of Anonymice have not been provided in full, the team has provided many insights as to what holders can look forward to. One of the project’s creators, MouseDev, had previously stated that one reason the team has not shared too much information or a fully solidified roadmap is because the vision Anonymice are building against is fluid, and they do not want to promise something and be forced to retract their promises in the future as they continue to innovate and develop the future phases of the project.

Some things we have learned about the next phase of Anonymice: