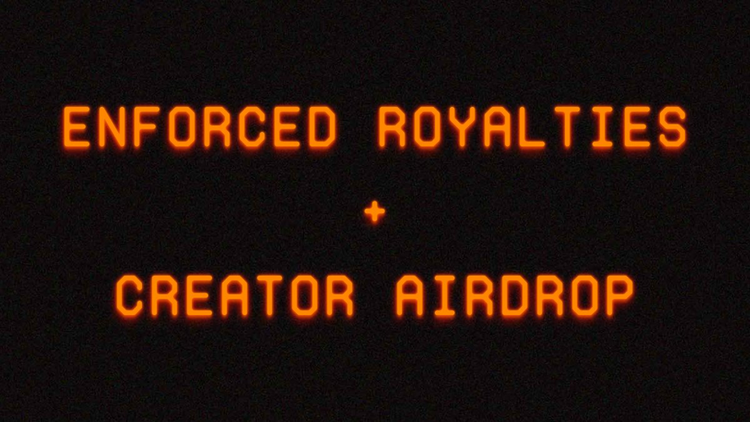 NFT marketplace Blur announced changes to its royalty enforcement structure on Thursday, also revealing a 'Creator Airdrop' coming in January for collections traded on the platform.

After speaking with traders, collectors, and creators, we’re updating our royalty policy. Blur will enforce a minimum royalty on immutable collections. We are also airdropping $BLUR to creators of collections that trade on Blur (snapshot complete). pic.twitter.com/ZQGNWDcDBn

Blur introduced a filter registry in November to move to enforce royalties, with an incentivized structure for projects not capable of adopting the new changes. The incentives (additional $BLUR airdrop packages for collectors that opted into paying royalties) "worked to an extent but not as well as we hoped," the platform tweeted in the announcement.

The changes include a minimum royalty of 0.5% on immutable collections unable to utilize the filter registry, which will go into effect on Jan. 2. The percentage will increase by 0.5% over time as the platform "observes the effects of each increase."

Blur will also introduce a price match as the royalty percentage increases, according to the thread.

The third and final airdrop of Blur reward packages is slated to come in January, alongside the launch of the $BLUR token. A large amount of $BLUR will now be airdropped to creators of collections traded on Blur — with a snapshot already taken to prevent wash trading, according to the platform.