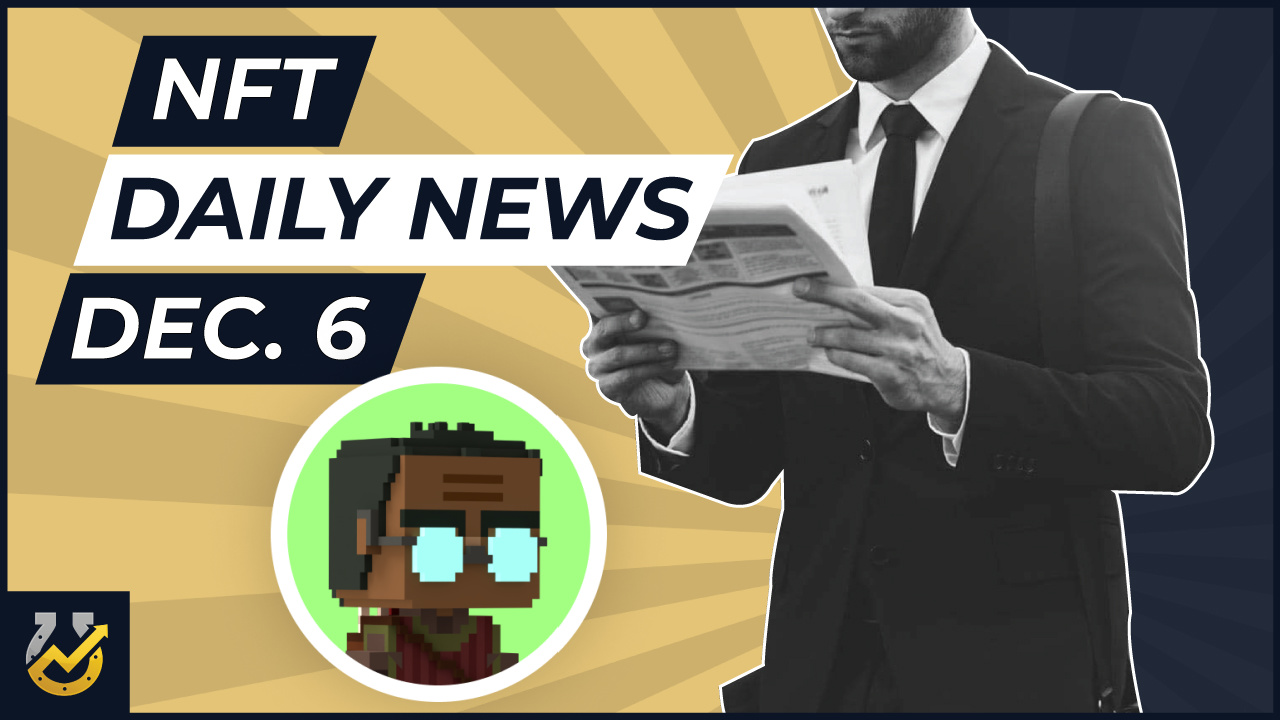 After closing registration to their mobile gaming competition, Bored Ape Yacht Club was forced to postpone the complete rollout of their game citing an unexpected lack of approval from Apple. In a discord announcement about the postponement, the BAYC team indicated a solution wasn't likely until at least Tuesday, December 7.

In the meantime, the Bored Ape Yacht Club floor continues to rise in the face of a falling CryptoPunks floor. At the time of writing, the floors are 51.85 ETH and 68.99 ETH, respectively. The "Apes versus Punks" debate has consumed NFT Twitter of late, sparking conversation about creative commons, utility, historical provenance, and more.

Late last night, GFunk, creator of Punks Comic and Pixel Vault, announced the staking of Punks Comic issues for the utility token $POW had gone live. Users who hold the first issue of Punks Comic can now head to punkscomic.com/stake to stake their NFT for the $POW token. The first staking pool is set to last six months, with 20% of the total $POW supply being released.

Staking of @punkscomic Issue #1 for $PUNKS and @metahero_ Identities for $POW is NOW LIVE: https://t.co/EZrW5DZ1V7

We have taken the time and care to properly audit the staking contract to maximize the safety of our community. Contract audited by @hackenclub pic.twitter.com/avIwsOiEjO

Art Blocks Curated collectors will be able to add Matt Kane's "Gazers" to their collections today at 1:00 p.m. ET. The collection will go live via Dutch auction starting at 15 ETH, dropping in price every five minutes until a final resting price of 0.1 ETH.

"Gazers" is a collection of generative moon phase calendar NFTs, designed to dynamically update each day "echoing the change of light in our skies."

To learn more about Kane and the "Gazers" project, you can find Matt on twitter @MattKaneArtist.

Gala Games will drop their Mirandus Vox avatars today at 5:00 p.m. ET. Though damaged in the recent slide, $GALA, the native currency of the Gala Ecosystem has seen a steep rise over the last 30 days, increasing in price by 381%. The optimism around the project makes it likely that the drop later today will be hotly contested. Though the price is currently unknown it is suspected that you will need $GALA to make a purchase. Users are encouraged to be prepared with a Gala account and $GALA ahead of the drop.

Initially, minters will be given an ERC-1155 that can be traded for the eventual ERC-721 Vox avatar. The drop will take place through the Gala Games app store.

In the face of a broad cryptocurrency price slide, NFTs stayed relatively flat over the weekend.