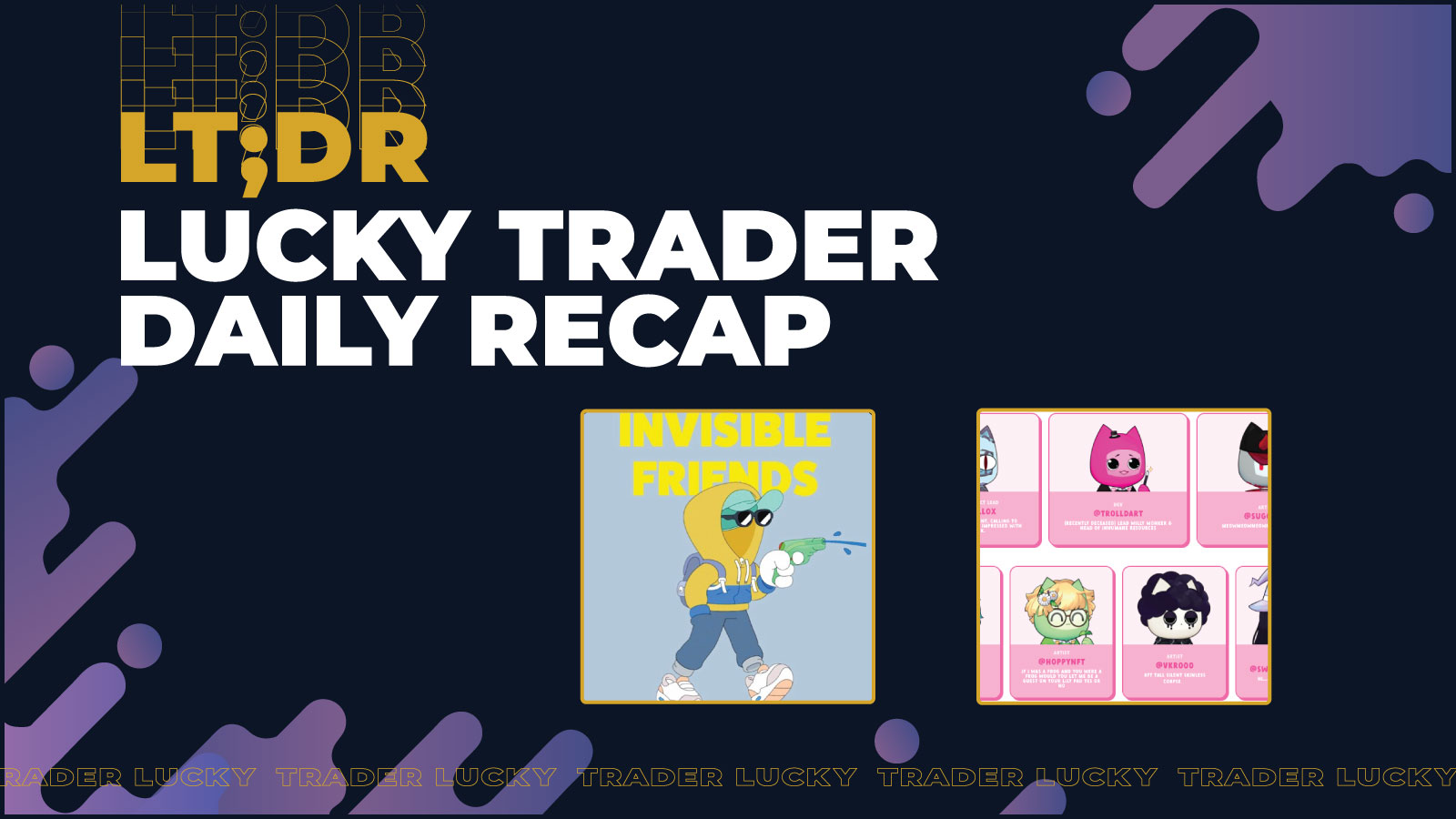 Invisible Friends showed why it was the most hyped mint of the year, minting this afternoon to its allowlist at 0.25 ETH. The 5,000 piece NFT collection created by Markus Magnusson has set the community on fire today. With a special 1/1 auction being hosted before the mint, speculation of floor prices was rampant on socials. The "Golden Friend" sold for an astounding 496.69 ETH. Donating 100% of the proceeds to the RCC charity fund, the team also announced that the winner of this auction will receive token id 2-6 from the Invisible Friends collection. The Invisible Friends collection proceeded to crash OpenSea during the afternoon hours as traffic flooded the site in attempt to collect a piece on the secondary market. With a few initial sales of around 15 ETH, the project at the time of writing holds a 10 ETH floor completing over 2,000 ETH in transactions already. Invisible Friends has taken over the NFT scene this afternoon. Check out Logan Hitchcock's article to learn more about Invisible Friends here.

Tubby Cats minted its remaining ~5,000 of its 20,000 piece Cat NFT collection today almost instantly. With the mint price at 0.1 ETH, it created a gas war and is holding a floor near 0.6 ETH. Some successful minters paid more than 20,000 gwei, with one wallet minting 950 Tubby Cats, spending more than 204 ETH in gas fees. Since the sell-out this morning, Tubby Cats has jumped in volume to number one on our rankings page. Hitting over 4,000 ETH in 24-hour volume the floor has taken a hit as the rest of the supply began entering the secondary markets.

NFL All Day opened the marketplace today, citing "high traffic" on the marketplace causing some users' purchases to fail. In the initial launch, Dapper had to close the doors for a few hours to the marketplace as it was under heavy stress. Despite all these delays and minor issues, the All Day Marketplace has completed over $3 million in sales today according to Evaluate Marketplace data. Completing upwards of 50k transactions today the marketplace has held up relatively well during its initial rollout.