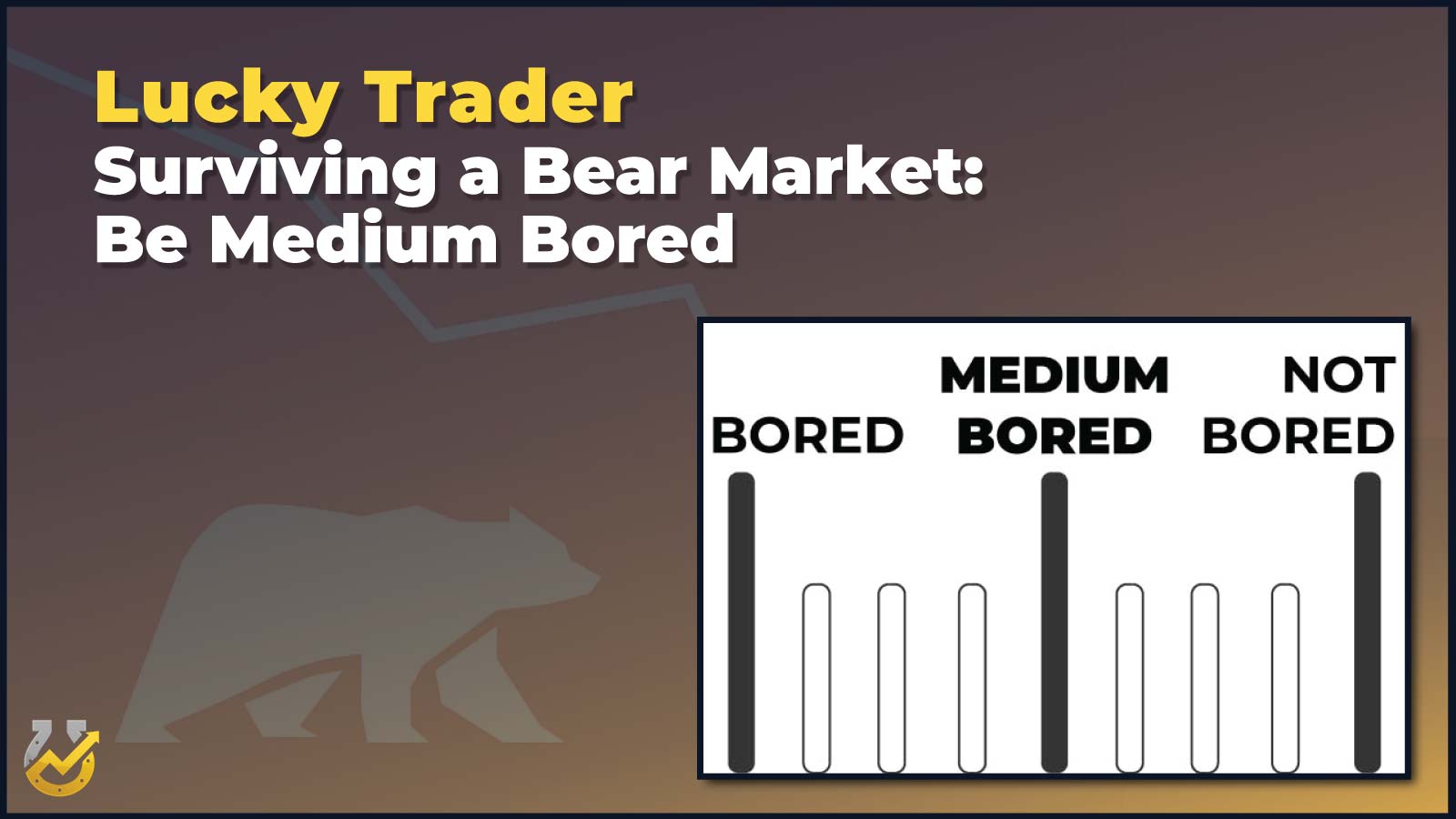 Things have been a little different on Twitter the last few days. “Probably nothing” tweets are now just a jumbled mess of words and GIFs masquerading as the :grimacing: emoji.

Coins are down bad. Like very, very bad. And yeah….people are fearful. Maybe it’s over this time.

I don’t aim to make light of this situation.

But, I do want to share a tiny anecdote and maybe a helpful lesson for those who have not been through this before. Instead of calling it quits, be medium bored.

You see, I first entered crypto (and NFTs!!) in late 2017. I saw people tweeting about breeding cats and I rushed to set up a MetaMask, and shipped some ETH there to buy a few cats myself.

I started reading books about technical analysis and charting. I bought ZCash at $600 and scoured micro marketcap coins looking for the next 1000x. I even started a few spreadsheets to track my positions and created an alt-fund with a friend.

I did all the degenerate speculative things that bull markets encourage. And then, well…things stopped going up.

Things went down. Like down a lot. Most of my alts went to zero. Scrolling Twitter wasn’t fun anymore. The lines I was drawing on charts were now headed in the wrong direction.

What I realize now is that I have this problem. I call it the see-saw problem. When it feels like things aren't happening, I check out.

I don’t think I’m alone. We’ve been conditioned to shrink our attention spans and chase the tails of things on the move. Shit, probably half of those who started reading this have already bounced.

Those that remain may bounce soon, because I’m going to write something you don’t want to read.

There’s a chance we’re headed for another one of those not-so-fun periods.

In a bear market boring market, coins go down or sideways, market participants step away, volumes shrivel, and illiquid jpegs become….even more illiquid jpegs. Your high school friends are no longer texting you about Bored Apes. Instead most of the attention is diverted elsewhere.

When boring markets happen, it sucks.

But I’m here to implore you, do not give in. Instead, get medium bored.

Let me introduce you to The Boredom Scale. 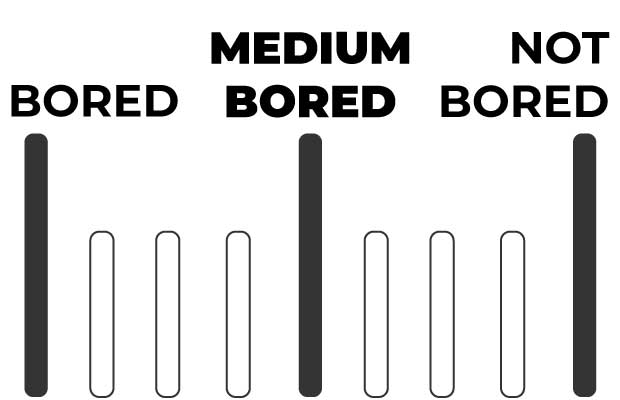 Please note this scale is not scientific. My logic is bendy (did you know that’s not even a word). I’m not trying to defend this dissertation. The absolutes are not quantifiable, it’s just for effect. If you spend your time picking holes in this scale you are almost as lame as I am.

There are lots of boredom states. Below I've listed some of my personal favorites.

Subscribe to a Newsletter But Never Read It Bored

This falls on the lower end of the boredom scale. You're not really paying attention, but you're interested enough that a catchy title or topic may prompt you to turn over your email address. Sometimes you open the emails, but you never actually read them.

This state approaches not bored. Whatever the topic, you’re a maxi…probably. In this state, you are so intently focused on the subject at hand that Action is your middle name. Someone tweets about $POODL? You buy it in this state. No questions asked. Figure it out later.

Someone created a shitcoin/meme coin called POODL with a mascot which kind of looks like a young Gerri. Very normal times we are living in. pic.twitter.com/QRg1UMfvp6

I’ve got an uncle that is permanently in this state. He’s not deeply invested in anything, but when something interesting catches him he immediately sends it to a massive family group chat. It doesn’t matter if it's high school sports records or "The Benefits of Juice Cleansing" from “ThisIsJustMyOpinion.com" ...it is shared as fact. This state is closely related to “Subscribe to a Newsletter But Never Read It Bored” except now you’re invested enough to share it with others and welcome conversation on the subject.

Listen to a Few Podcasts About It Bored

This falls on the upper end of the scale. You’ve taken the time to seek out, download, and listen to a few podcasts instead of just listening to Willow Smith on repeat? This suggests you want to learn and hell, maybe you’re closing in on Every Tweet Prompts an Action Bored.

I could go on, but there are only three boredom states I really need to tell you about.

Consider this absolute zero. Dare I say, no fucks given? If you’re bored, you’ve had enough. You’ve pruned your Twitter following to remove all the subject matter experts. You unsubscribed from all the newsletters. You don’t care anymore. You have moved away from crypto… or boxing…or nature documentaries, to something entirely new.

In this state, something you had formerly devoted attention to now receives zero of your time or attention. Consider it extinct.

If you are not bored you are locked in. You are the complete opposite of everything in the bored state. You eat, sleep, and breathe whatever thing you’re not bored with. You don’t just read all the newsletters, you’re also producing them.

In this state, all your attention is devoted to this topic.

Smack dab in the middle of bored and not bored is medium bored.

When you’re medium bored, you don’t seek out news but you also don’t avoid it.

You may not have tweet notifications for your favorite NFT influencer, but you don't unfollow them.

You might not read every newsletter that hits your inbox, but you don't unsubscribe.

In this state, you’re able to quickly shift in either direction. A headline might encourage you to read more or unsubscribe, pushing you towards either bored or not bored. But you’re not subject to the stressors of being not bored or the ignorance of bored.

The Time I Wasn’t Medium Bored

Let me provide the anecdote that prompted the creation of the Boredom Scale.

Back in early 2018 when crypto was going down, I started to check out.

I stopped following all the people tweeting about crypto on Twitter. How is Parabolic Chad doing now? Was that his name?

I stopped my recurring buys of BTC and ETH and I shifted my attention elsewhere.

Maybe it was for one of my random business ideas that went nowhere. Like the pet sock company. Or, Slothful Husband, a subscription box business where husbands and partners alike can ensure gifts are sent on particular calendar dates. Never again will a significant other be empty handed on their special day!

Regardless, I was bored with crypto. After six months without any buys, I finally sold a handful of coins. The final buy shown here was on April 11, 2018. I later sold a chunk of my ETH position on Coinbase in October of 2018. I wouldn’t reconfigure recurring buys until January 19, 2020.

The Price of Boredom

I wasn’t the only speculator that left the market in 2018. Like I said above, when shit isn’t happening and prices aren’t going up - the market is BORING.

Maybe not for pessimists. Maybe not for traders. But for freshly minted college graduates with zero disposable income and an itch for up only - it was boring.

The smartest people around me all suggested this new asset class and technology would have profound implications on our lives in the years to come. And while many parts of crypto and blockchain made sense to me, my inexperience with market cycles, an artificial long term mindset, and declining prices was too much.

Why pay attention any longer?

I was bored or absent from cryptocurrency from October, 2018 to January, 2020. Take a look at the price chart of ETH during that time frame.

Ha, suckers. While you were busy paying attention to the supposed future, I was probably enjoying losing money in some other venture.

Now let's look at the chart of ETH from January 2020 until today.

I’m not going to do the math, because I don’t actually want to be sick, but had I retained even a $20 weekly recurring buy of ETH during this time I’d have added a non-trivial amount of ETH to my long term portfolio.

That long term portfolio would have then benefited from this chart.

Again, I’m not going to do the math. The imaginary ETH I would have purchased during that time is not in my portfolio. I can only imagine what it would be like if it was.

The Benefits of Being Medium Bored

It’s important to note, maintaining a shred of attention is not always as beneficial as the example shared above. Nor is it always as detrimental to become bored.

Most situations will hardly even register an impact. If you switch from spending your time and attention on gardening and now instead devote it to baking, it likely doesn’t matter much. Maybe you add a few pounds, but you haven’t hampered your future. Plus, now you can probably make a mean ass pie. 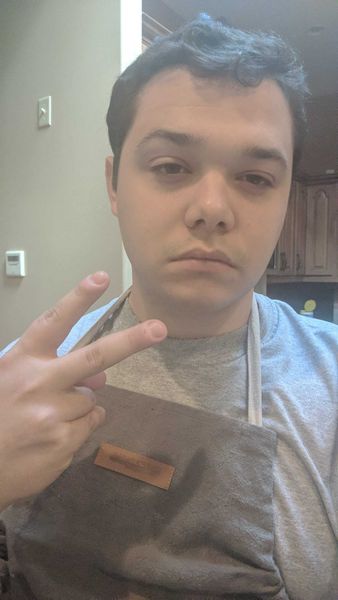 Me: A few pounds heavier thanks to all the baking.

But, if you’ve seen the promise of something, like maybe, I don’t know….NFTs? And that promise could significantly impact your personal finances, your professional career, the way brands connect with consumers, how IP is shared and owned, how creators are empowered, and so on.

Well then, I don’t know....maybe you should consider not forgetting about it entirely.

Some people call it surviving.  You know the saying..."if you just survive this cycle, you can thrive in the next one."

I call it being medium bored.