DigiDaigaku Villains are now available for claiming and unmasking, according to tweets from the DigiDaigaku Twitter.

DigiVillains are the next piece to drop in the rapidly expanding DigiDaigaku NFT ecosystem and provided another free entry point for members outside the existing DigiDaigaku holder base.

To claim or check status, users must head to digidaigaku.com/claims.

Once there, choose the respective Villain claiming depending on your eligibility and holdings.

If you've successfully claimed a Villain it will come masked and you'll need to complete a quest to successfully unmask it.

Beyond the Villains, users still have time to register for the upcoming DigiDragons allowlist and exclusive Super Bowl mint. This will be the next piece to drop in the Digi ecosystem.

share to
Shoot Your Shot for DigiDragons
Logan Hitchcock

While it's expected that the DigiDragons Super Bowl mint will be hotly contested, Leydon has provided an outlet for some existing NFT community members to earn an allowlist opportunity prior to the mint taking place. This would remove the need to hastily act during the Super Bowl, potentially compromising users to bad actors.

Note: Please exercise extreme caution when engaging with links that require you to sign transactions from a web3 wallet.

While not all is known about DigiDragons, the following are the most important details ahead of mint:

Gabriel Leydon announced a contest is coming to determine a limited set of allowlist spots for the upcoming DigiDragons mint that will take place on Super Bowl Sunday.

Dragons are minting live this Super Bowl, February 12th during the Digi commercial! Your chance to secure your @DigiDaigaku Dragon in the most exclusive mint of all time is coming next week! YOU MUST: FOLLOW ME RETWEET THIS TWEET BEFORE THE CONTEST BEGINS!Gabriel Leydon

Action Items: Users must retweet the linked tweet and follow Gabriel Leydon for a chance to be entered into the contest, and subsequently receive an allowlist for the DigiDragons mint.

What's Next: Next week Leydon is expected to share more information on the upcoming allowlist contest.

The DigiDaigaku Villains allowlist application will close today at 1:00 p.m. ET, according to a tweet from the project.

Why It Matters: Anyone hoping to secure a chance at the free mint of DigiDaigaku Villains will need to make sure their application has been submitted prior to the 1:00 p.m. ET deadline. The registration is open to any and all interested participants and does not require holding an NFT from the DigiDaigaku ecosystem.

Action Items: Register for the allowlist raffle by 1:00 p.m. ET at freenft.xyz.

To register, users will have to perform the following actions:

Limit Break, the developer behind DigiDaigaku, is introducing its own royalty solution: opt-in, backward-compatible, programmable royalties contracts that work on any ERC-721 contract through staking, according to a tweet thread from founder Gabriel Leydon.

Why It Matters: The backward-compatible nature allows the solution to be implemented on existing NFTs. Once implemented or "staked," there are various use cases, many of which are outlined below and taken directly from the announcement. More technical details can be found in the blog post.

What People Are Saying: "The best part about this is that it's OPT IN, meaning holders have free reign to unstake and control their assets. Royalties will propel the space forward much faster if preserved. Gabe gets this and we are happy to see him contribute a solution," EllioTrades said on Twitter, voicing support.

"In the ethos of decentralization, here's a web3 company introducing a staking (wrapping) mechanic that enables creators to limit what token owners can do with their tokens, such as what price they would like to list them at. Why go through the hassle of building DMCA on-chain?" Sergito said in contrast. He continued, "[...] this tool enables creators to limit what price their tokens can be resold for by their owners. Optional or not, that is exactly what you are enabling it."

In a response to the backlash, Limit Break CEO Gabriel Leydon stressed, "It’s just a tool. It’s open source and you can choose to use features or not. We have plenty of examples where this feature would be great for games."

While we are working on a royalty solution (among other features) for creators we are also creating a whole new concept for royalties:

The structure will allow for both the creator and previous collectors of the NFT to receive royalties — enforced on-chain through a smart contract, according to Leydon. The contract will also be open-source, allowing for adoption from other projects in the space.

"Just imagine getting a FREE NFT with baked in community royalties for the owners of the NFT," Leydon tweeted. "The whole space is going to change overnight."

Digital art marketplace SuperRare utilizes a similar concept with Artist and Collector Royalties. After the initial sale, a collector receives a 1% royalty payment following the first market transaction that they are not a part of (ex: Jeff mints a piece of art, then sells it — Jeff would receive a 1% royalty when the piece sells again). The royalty percentage decays by 50% each sale, and is funded out of the 3% network fee taken in each transaction.

The Craft Quest starts NOW! This is the start of your villainous journey!

Before proceeding, be sure to read through the recipe list and carefully decide which CLASS/ENHANCEMENTS/CALLIGRAPHY/WEAPONS you desire!👇 https://t.co/T9Ok7eWbvx pic.twitter.com/ko1de03hI8

The combinations of NFTs burned to create the potion produce different outputs, with varying levels of classes and attributes. A recipe list is available on DigiDaigaku's website, which provides guidance on what users can expect when crafting their potion. 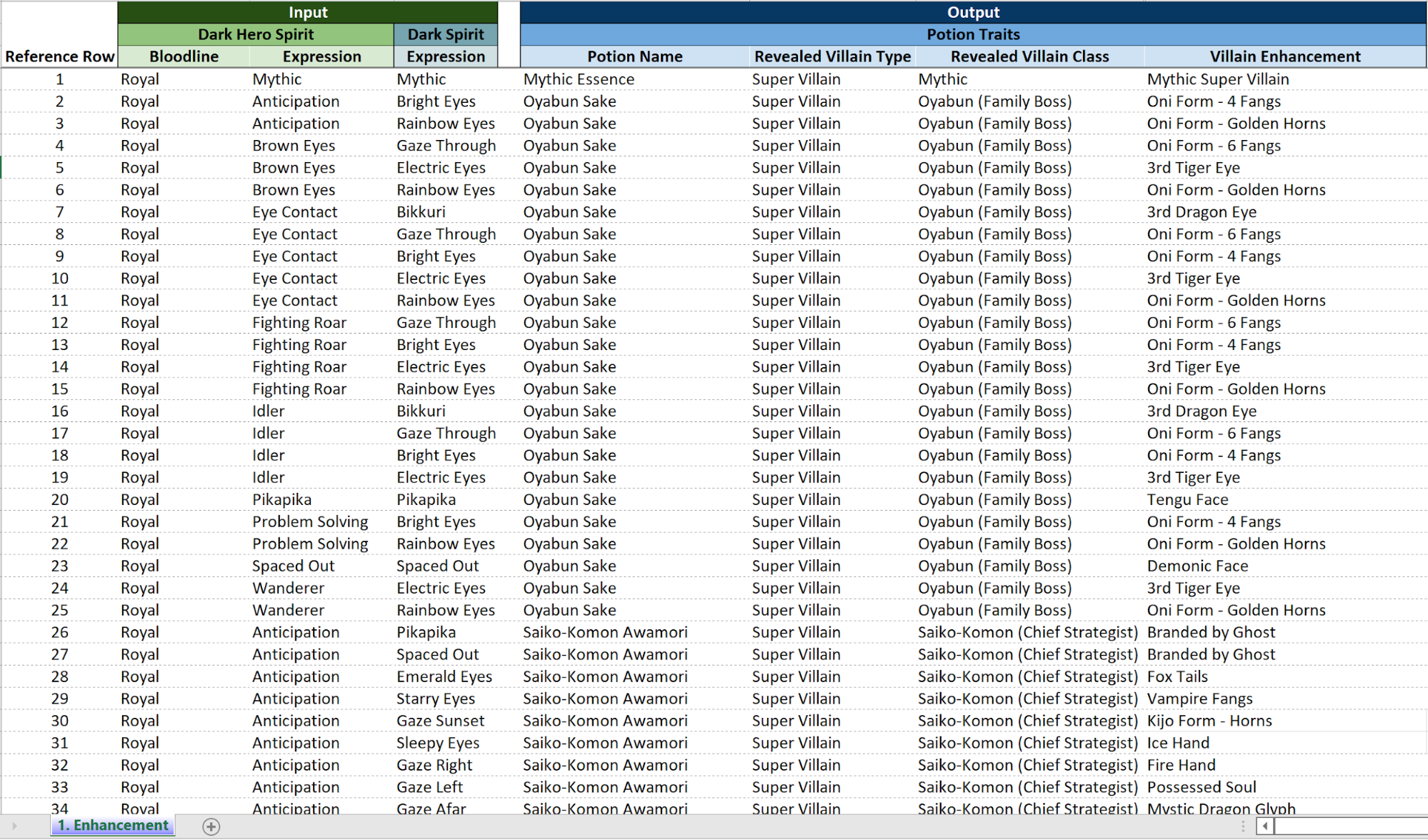 Villains will be broken into different classes based on their strength, with the following structure:

The class of Villain created will impact the levels of future attributes, according to the site. Teased attributes include weapons, calligraphy, and enhancements: 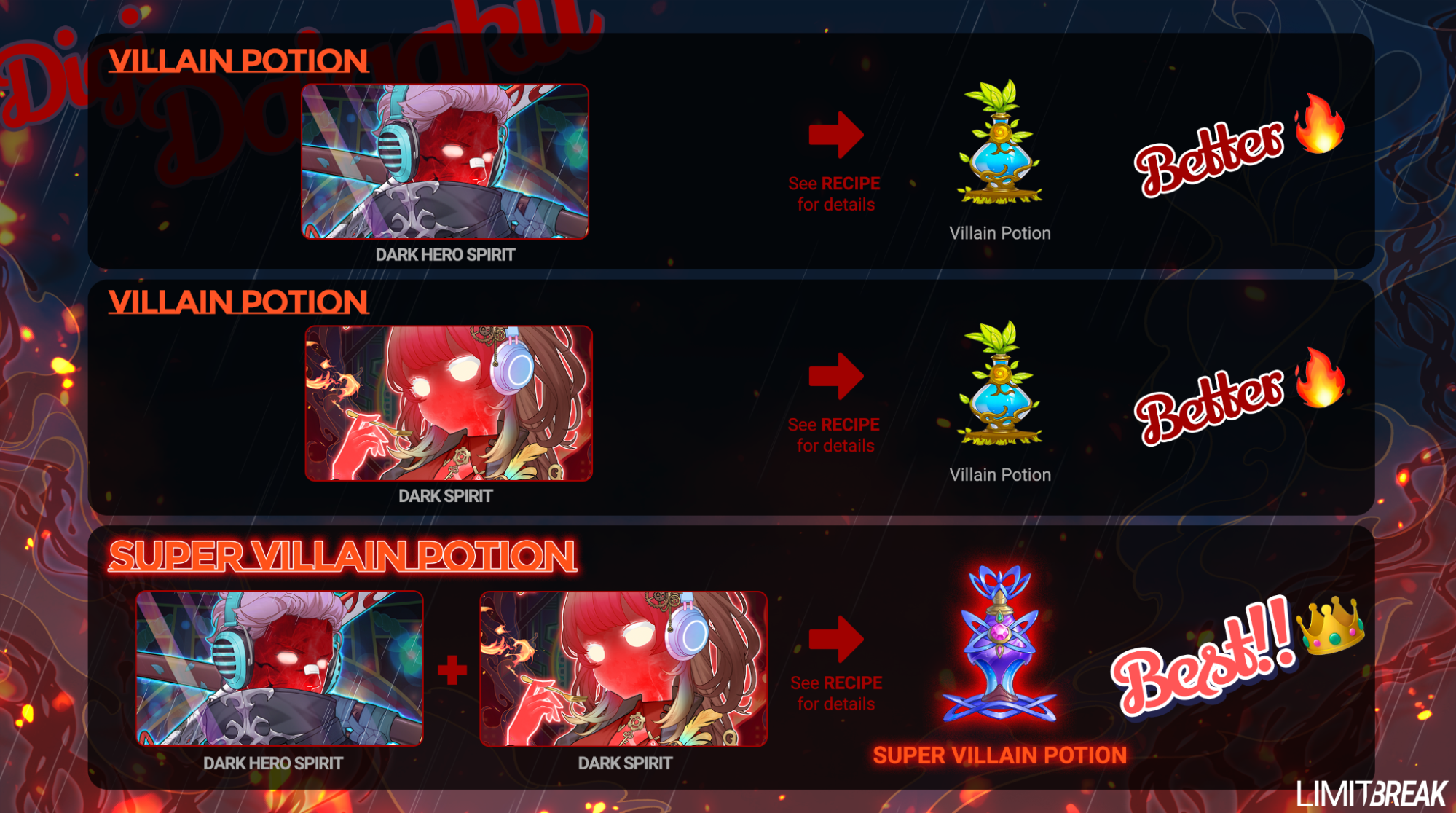 Full details on potion crafting can be found here, and holders can begin the Quest on the DigiDaigaku homepage.

DigiDaigaku is holding a holiday song contest, asking users to participate in exchange for Discord points.

All users will have to do is comment one lyric on the attached tweet by 10 a.m. ET every day until Christmas.

The project will then hire a musician to produce the song.

DigiDaigaku founder Gabriel Leydon announced the reveal of the Genesis and Hero Dark Spirits on Thursday.

🚨🚨🚨🚨🚨🚨🚨🚨@digidaigaku Genesis and Hero Dark Spirits have been revealed! They look incredible BUT you will soon be burning Dark Spirit NFTs for POWERFUL POTIONS that will be used to upgrade you Villain into SUPER VILLAINS!

The Dark Spirits collection holds a 0.65 ETH floor, with only one sale post-reveal. Leydon hinted that the NFTs will soon be burned to create potions, which upgrade Villains into Super Villains.

The project also announced a reveal competition on Thursday, encouraging users to post their Dark Spirits on Twitter for a chance to win a 1/1 commissioned art piece.

The reveal comes on the heels of parent company Limit Break's recent Super Bowl announcement, with a free DigiDaigaku Dragon mint coming via QR Code during the globally-televised game.

CEO Gabe Leydon confirmed the plan during an interview with GamesBeat.

"We're doing an extremely small collection, especially compared to the audience -- something like 50 million people are going to see the commercial," Leydon said. "There will be a QR code on screen. And anybody can scan it and then mint an NFT from the DigiDaigaku collection. I think this is going to be a really big deal because I think it's going to change television advertising."

The advertisement will cost Limit Break $6.5 million, which will come from its prior $200 million raise.

This isn't the first time a cryptocurrency or NFT company used a QR code during a Super Bowl commericial. Last year, Coinbase paid $13 million for a 1-minute advertisement spot to show a bouncing QR code. So many people scanned the code that Coinbase's app crashed.

“I think this is going to be the norm on television after we’re done," Leydon said. "Because why wouldn’t you? Why wouldn’t you put digital collectibles in your ads?”

“I’m pretty excited about it,” he continued. “Nobody [in web3] has done it this way on television before. The point of it is to get a digital asset, and they’re going to be extremely rare and hopefully collectible as a result.”

Leydon, as the former CEO of Machine Zone, has run Super Bowl advertisements for gaming companies before, including Game of War: Fire Age and Mobile Strike.

Will DigiDaigaku's time in the spotlight be more successful? Will this revolutionze advertising and digital assets? Time will tell.